Big Fork is an unincorporated community in the Ouachita Mountains of Polk County at an elevation of 308 m (1,020 ft.). It is located on Arkansas Highway 8, about 29 km (18 mi.) east of Mena (Polk County).

After 1820, a large westward expansion brought settlers to Arkansas, and the Ouachita Mountains attracted many people from northern Georgia to Big Fork. Land in western Arkansas was fairly inexpensive and easy to obtain, and an early settler did not have to pay taxes for five years on land purchased. There were many pioneer families who migrated from Georgia to Big Fork, including the Abernathy, Bates, Beck, Dilbeck, Edwards, Goss, Smith, Turner, and Vandivier families. Some early families of Big Fork also migrated there from Tennessee. The Pleasant Grove Cemetery off Polk County Road 613 just east of Big Fork includes graves of many of these pioneer families and their descendants.

One early school at Big Fork was called “the Shed School” because it was located on land owned by a Mr. Shed (or Shedd). Washington Himer Smith (1849‒1904) was an early schoolteacher at Shed School. The school was a simple, board building sitting on a hill. It had no glass windows, and the benches were made of split logs.

About 1880, a professor of natural science and geology at the University of Iowa, Samuel Calvin (1840‒1911), came to Polk County to photograph rock formations. His gallery includes photos taken east of Mena, which are mostly of geological formations in the woods. He also took a photograph of an early hotel and post office that served the Big Fork community at that time.

Just to the northwest of the community of Big Fork on Polk County Road 67 is the Big Fork Creek Natural Area, a small, moderately dry tract of land supporting an abundance of ferns and wildflowers, a free-flowing spring, and a small section of Big Fork Creek. Near the spring are a bluff and stream terrace that support an exceptional example of a diverse mesic hardwood forest with several rare plant species that are characteristic of the Big Fork area. Another watershed of the area is Butcherknife Creek, which runs directly through town.

In 2019, Grace Fountain of Big Fork donated to the Ouachita Mountains Biological Station a house and three acres of land in Big Fork. The property, just off Highway 8, consists of a two-bedroom frame house and a permanent spring and creek that flows across the property in the back yard and joins Big Fork Creek, which then joins Butcherknife Creek. The residence will be used as housing for those conducting biological research in the area.

Big Fork includes 10,365 nearby mines. Interestingly, barium, silver, uranium, and zinc mines were located in Big Fork at one time. Claims were originally filed between the 1940s and 2010s. By 2020, there were eighteen active mining claims and 10,347 closed mining claims. The Lost Hatchet Mine near Big Fork was mined for manganese; it closed, with no known plans to re-open. Another, the Slatington Mountain Prospect, was first discovered in 1916. Preliminary development there has taken place, with such actions as surface trenching, adits, shafts, drill holes, geophysics, geochemistry, or geological mapping.

Big Fork Township is a high-risk area for tornadoes. The largest tornado in the Big Fork Township area was an EF4 in 1952 that caused nine injuries and seven deaths. On April 25, 2011, Big Fork was reportedly hit by an EF1 tornado, causing extensive tree damage. This was part of the historic April 25–28, 2011, super tornado outbreak. 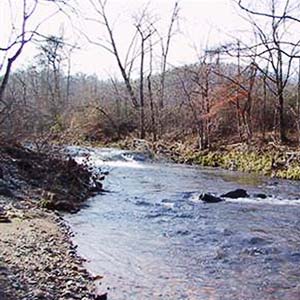 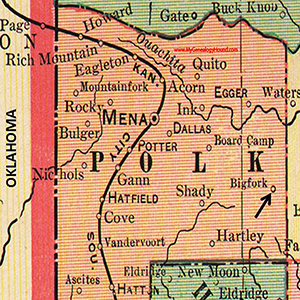 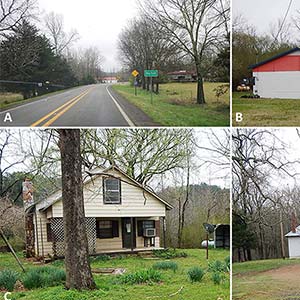 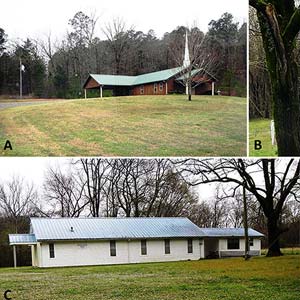 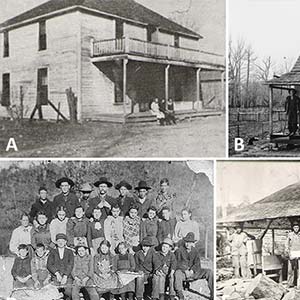