The Division of Correction (ADC) enforces the court-mandated sentences for people convicted of crimes at a variety of prison facilities located in twelve counties across the state. Its central offices are in Pine Bluff (Jefferson County).

The first state penitentiary was built in 1839–40 in Little Rock (Pulaski County) at the site of what is now the Arkansas State Capitol. After legislation passed in 1899 calling for a new seat of government, it was relocated to a fifteen-acre site southwest of the city, explicitly to make room for the new capitol building. This second penitentiary was popularly known as “The Walls.” In 1902, the Cummins State Prison Farm was established in Lincoln County, and land was purchased in 1916 for the Tucker State Prison Farm in Jefferson County. Prisoners from “The Walls,” which closed in 1933, were transferred to the new facilities.

Act 1 of 1943 standardized numerous boards of state agencies, including the State Penitentiary Board, but it was not until the February 21, 1968, passage of Act 50 that the Arkansas Department of Correction was established, with the State Penitentiary Board reconstituted as the State Board of Correction to oversee it. The act also established a diagnostic center as part of the ADC to conduct “social, medical and psychiatric studies of persons committed to the Department” and coordinate with other state agencies for any needed medical services for inmates. The act required the ADC to establish standards for medical care and put in place the option of transferring “mentally ill and mentally retarded inmates” to the Arkansas State Hospital.

This reorganization followed a series of high-profile embarrassments for the state’s prison system. The 1965 court case of Talley v. Stephens restricted the state’s use of corporal punishment, requiring that safeguards be put in place to prevent excessive punishment and that better care be provided for prisoners. In August 1966, Governor Orval Faubus opened an investigation into allegations of wrongdoing among prison employees, and a riot broke out at Cummins the following month. In 1968, prison warden Thomas O. Murton made public allegations that murders of inmates had taken place in state prisons, among other abuses; these were later published in a book, Accomplices to the Crime: The Arkansas Prison Scandal (1969), which inspired the movie Brubaker (1980). The February 9, 1968, issues of Newsweek and Time magazines carried stories relating harsh conditions in Arkansas prisons, including allegations of murder and torture.

The 1968 reorganization did not produce immediate results, and the following year, large portions of Arkansas’s prison system were ruled unconstitutional in Holt v. Sarver. In 1970, Judge J. Smith Henley ruled the entire state’s prison system unconstitutional due to the persistence of cruel and unusual punishment and the ADC’s interference with prisoners’ access to the court system. Only in 1973 did Henley release the ADC from his jurisdiction, citing improvements. That same year, Act 279 created a school district within the ADC for the “institution of basic education for inmates…to the end that said inmates may improve their minds and characters and become less likely to commit further crimes.” The following year, the state located its first work release center in Benton (Saline County). However, the ADC continued to attract controversy and scandal in the ensuing years, most notably over its role in what has been called the Arkansas prison blood scandal, in which blood extracted from prisoners, many with hepatitis and/or HIV, was sold to blood brokers and shipped across the globe, infecting untold numbers of people.

The ADC operates twenty different facilities, including Varner Unit, a super maximum security (supermax) facility that houses inmates scheduled for the death penalty, though executions take place at the Cummins Unit. In addition, the ADC operates a sex offender registry and maintains a list of escaped prisoners, both available online; the agency’s website also features a searchable database of prisoners in state facilities. The ADC actively cooperates with the Arkansas Victim Notification Program (VINE), created by Act 1262 of 1997 and provided by the Arkansas Crime Information Center. The VINE program allows victims of crimes to be notified regarding any change in a prisoner’s status. 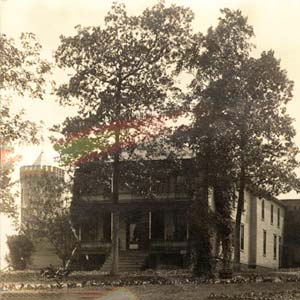