The Arkansas Bar Association, established in 1898, is a voluntary bar association with over 5,100 attorney members as of June 2007. For over a century, the association has been enhancing the lives of Arkansas citizens, the operation of the state’s judicial system, reform of state laws, and the professionalism of lawyers.

Prior to 1898, there were efforts to form a state bar association, including a meeting of nineteen lawyers in 1837 to form a bar association for Arkansas lawyers, but none lasted. When the current association was founded in 1898, U. M. Rose was elected its first president. Rose also served as president of the American Bar Association in 1901, and he was later honored as one of the two Arkansans whose busts are in Statuary Hall in the U.S. Capitol. Other early leaders of this association were Judge Henry C. Caldwell and Judge Sterling R. Cockrill.

The Arkansas Bar Association has sponsored new statutory laws and progressive constitutional amendments, and has increased support for the Arkansas judiciary. As far back as 1910, the association had committees on law and law reform, as well as uniform state laws. Frequently, the association has initiated law reform measures or has been the catalyst to secure their passage in partnership with other advocates for improved laws.

A recent example was the association’s leading role in the formulation and passage of Amendment 80 to the Arkansas constitution in the November 2000 election. Amendment 80 was a total revision of the Judicial Article in the Arkansas constitution. Two of the primary changes were the merger of law and equity courts, and the institution of non-partisan election of state court judges. Statutory laws sponsored by the association and passed by the Arkansas General Assembly include the Juvenile Court System, the Uniform Commercial Code, the Rights of the Terminally Ill and Permanently Unconscious Act, and the Nonprofit Corporation Code. The association continues to work closely with leaders in the judiciary and the Arkansas General Assembly to improve Arkansas’s legal system.

Since the 1970s, the Arkansas Bar Association has emphasized the improvement of access to the legal system for low-income and elderly Arkansans. The association has fought to secure and maintain federal funding for legal services for the poor and has encouraged all attorneys to participate in pro bono programs through which volunteer representation is provided. Additionally, the association played the leading role in establishment of the Arkansas Interest on Lawyers Trust Accounts (IOLTA) Foundation by the Arkansas Supreme Court in the 1980s. The foundation administers the IOLTA program, which provides another source of funding for legal services.

Continuing legal education (CLE) is important for all attorneys, and the Arkansas Bar Association and its volunteers produce over twenty-five CLE seminars each year. Additionally, practice handbooks on different areas of the law are produced by association members with expertise in the specific areas. In 2007, the association began sponsoring a new and comprehensive law-related education program with initial emphasis on school-age children.

In 2022, the Arkansas Bar Association inaugurated the Legal Hall of Fame. 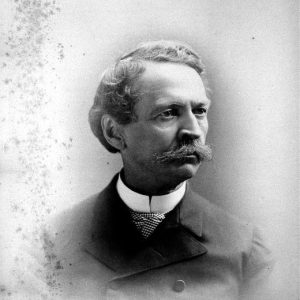