All Souls Church at 4601 Walkers Corner Road in Scott (Pulaski and Lonoke counties) is a Gothic Revival–style building constructed in 1906 and designed by noted Arkansas architect Charles L. Thompson. It was listed on the National Register of Historic Places on August 12, 1977.

The religious needs of what became the Scott community were initially met by the 1880 construction of the Old Liberty Church, which was linked to the Methodist Episcopal Church, South. This served until after the beginning of the twentieth century, when it closed, in part because of the poor roads in the area and the long distances the residents of the scattered plantations that made up the congregation had to traverse.

In October 1905, the women of Scott established a Sunday school in an old store building adjacent to the present All Souls Church. Attendance rose from seventeen to eighty in six months, leading area planters to establish a community church that would use preachers from the Methodist, Baptist, Episcopal, Presbyterian, and Christian (Disciples of Christ) denominations to officiate on a rotating basis, since none of the faiths could support a church of their own. Conoway Scott donated land for a new church building, and Charles N. Alexander donated construction materials.

The congregation hired Charles L. Thompson, who designed such structures as the Florence Crittenton Home and Hotze House in Little Rock (Pulaski County) and Marlsgate in Scott, to draw up plans for the building. George Leifer was hired as builder, and the cornerstone was laid on June 27, 1906. The first service in All Souls Church was held on January 13, 1907, led by Methodist minister Forney Hutchinson.

Thompson chose the Gothic Revival style as his primary influence for the church, which is evidenced by the pointed-arched windows and the steep roofline, but also incorporated elements of the Tudor Revival style, seen in the use of half-timbered gable ends and slightly flared eaves.

The primary construction material for All Souls Church is ornamental concrete blocks, which give the building a richly textured exterior. The Sunday school children—the “Church Mice”—held a penny drive to raise funds for the Good Shepherd–themed stained-glass window in the building’s rear wall; all of the stained-glass windows are original to the church.

All Souls Church was remodeled in 1948, with one interior addition being a false chimney to mimic a real chimney against the opposite wall in order to add symmetry to the room. A steeple was added in 1968 in memory of a young congregant who was killed in an automobile accident.

The original Sunday school building, referred to by the congregation as the “eyrie,” underwent a $10,000 expansion in 1910 but by the late 1970s had fallen into disrepair. The congregation voted to demolish the building and build a new one, but a preservationist faction called “Friends of the Eyrie” filed suit to halt its destruction. They lost the suit in 1978, and the building was taken down, though part was moved to a site near Pinnacle Mountain and some of the other building materials were salvaged and incorporated into a new $150,000 building that was dedicated on May 6, 1979.

All Souls Church was led by rotating ministers every week from 1907 to 1934 and later hired a series of pastors from a variety of faiths. It continues to serve an interfaith congregation in the twenty-first century; the 1977 National Register nomination stated that “since its beginning at the turn of the century, it has never closed its doors and is open to any seeking spiritual comfort, regardless of denomination or creed. It one of the few Interdenominational churches in the nation.” 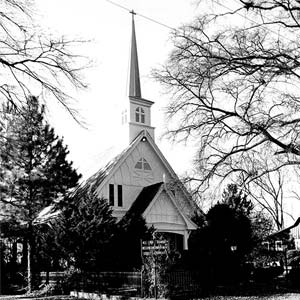 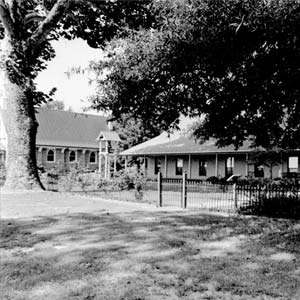 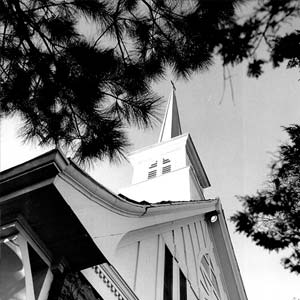