Louisiana Purchase through Early Statehood
Mansfield represents the combining of two local communities on the Sebastian/Scott county line: Coop Prairie and Chocoville. Overlooking a small valley south of the county line and north of the Poteau Mountain range, Coop Prairie was formed in 1849 on land given by Martin T. Taylor, a settler from Tennessee. A trading post, the Coop Prairie Cumberland Presbyterian Church, and Coop Prairie Cemetery were quickly established. Chocoville came along two years later, almost four miles to the west, and was the original location of the regional post office.

Post Reconstruction through the Gilded Age
In the late 1880s, the Little Rock and Texas Railway Company laid down track, running their lines through the region between the two communities, ready to haul the products of local farms as well as coal, which had recently been discovered in the area. The Rock Island depot was soon built, as was the St. Louis and San Francisco depot. With the railroad business growing, the post office was moved closer to Coop Prairie in 1887, with Blaney Harper as its first postmaster. On acres of standing cornfields owned by J. W. Harper, a junction of the road was soon completed, with other parts of the field subdivided into lots. The land was surveyed and laid out in July 1887 by Harper and civil engineer John P. Hely. On August 29, 1888, with the merging of the two existing communities, the city of Mansfield was incorporated. Cotton and other agricultural products, as well as coal from nearby Huntington (Sebastian County), formed the basis of the local economy.

Many believe that the town’s name was coined by a line surveyor who, at the end of the day, reported he had gotten as far as some “man’s field.” According to local legend, references continued to be made to the “man’s field,” until the name eventually stuck. A story more likely, however, gives the name in honor of the distinguished jurist William W. Mansfield, who served on the Arkansas Supreme Court.

As a hub for the shipment of coal from local mines, the town was booming. At one point, it adopted the slogan “50 Buildings in 50 Days” to spur construction. The depots swarmed with passenger traffic while hotels and restaurants were established to serve the growing area’s needs. J. W. Harper is credited with the first building in Mansfield—Bowman Hall, a two-story building, the ground floor of which was occupied by the Methodist Episcopal Church and the second floor by Reed Lodge 163 (Masons).

Early Twentieth Century
Cotton fields prospered, as did the lumber business. Arkansas’s first commercial gas fields were discovered south of Mansfield in 1902, drilled by the Choctaw Oil and Gas Co. This brought the first industry to the area. The Mansfield Brick Company was founded and provided bricks to local buildings for many years. Signs of that industry still remain. By 1905, the town had four dry goods stores, three groceries, four hotels, two blacksmiths, one drug store, a bank, and a livery stable.

Prosperity came to a close around 1925 due to a decline in coal prices and an increase in cost of production. The coal industry began cutting jobs. The Great Depression compounded the hard times, and many families were forced to leave the area in search of work. Not all left though, and in 1930, because of its superior educational facilities, Mansfield became the parent school for the entire area. Young men went to work in National Youth Administration (NYA) and Works Progress Administration (WPA) projects that built local bridges and schools. The building of a road to the top of nearby Poteau Mountain that was etched through dense trees provided employment for many.

When Highway 71 was laid out through the area, the Coop Prairie Church and its cemetery were in the middle of the right-of-way. The church was moved to its present location, while the cemetery became the only cemetery in the United States with a federal highway running through it; it appeared in both Ripley’s Believe It or Not and the Guinness Book of World Records.

World War II through the Modern Era
With the entry of the United States into World War II, many local men enlisted or were drafted into the military. Nearly ten miles to the north, the government was securing thousands of acres to build Camp Chaffee, which provided much-needed jobs for many of the citizens of the lower part of the county. Trucks carrying supplies and increased traffic along Highway 71 resulted in the building of small diners and motel cabins.

When the coal mining in nearby Huntington and Hartford (Sebastian County) began to wane, Mansfield persisted as a town due to local natural gas reserves. The first newspaper in Mansfield, the Citizen, was founded by Frank Boyd in 1967. The weekly newspaper was sold after Boyd’s death but is still the only paper published in the lower part of the county.

With an abundance of lumber from the nearby Ouachita National Forest, Mansfield remains a major player in the lumber production business, and the West Fraser lumber company is the main employer in the city and area. A local chamber of commerce was established in the early twenty-first century, and it attracted some major chain restaurants to the town.

Education
On January 8, 1889, the Mansfield School District was formed. A two-story school building was constructed to meet growing educational needs in 1905 at the cost of $10,000; it served the district until a new high school was built in 1968. Many area schools were consolidated into the district, with the last being the Huntington district in the mid-1960s.

The Phyllis Wheatley School, located in Huntington, was a school established for the African-American children in the region of south Sebastian County. Students in the first through eighth grades attended the school. Those students above the eighth grade had to attend high school in Fort Smith (Sebastian County), even though a high school was less than a mile away across Cherokee Creek and two miles away in Mansfield. The Phyllis Wheatley School was consolidated with Mansfield Public School in 1962; many other area schools were also consolidated into the Mansfield district around that time.

A new elementary school was built in 1964; it is still used today. In 2004, students began attending a new high school complex, which included a gymnasium and football stadium, built near the old area of the original Chocoville site. 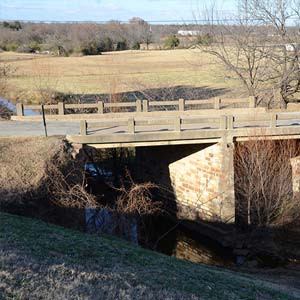 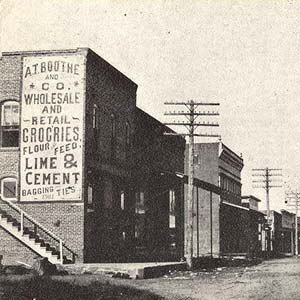