Ellis Kinder was a major league baseball pitcher. A right-hander who spent most of his career with the Boston Red Sox, he followed an unusual path before finally reaching the major leagues at the age of thirty-one.

Ellis Raymond Kinder was born on July 26, 1914, in Atkins (Pope County). He was the second son in the farming family of Ulysses and Iva Kinder. Beginning when he was about ten, Kinder picked cotton in the fields, and his formal education in the local public school went only through eighth grade. His early baseball playing was sporadic, primarily on the local sandlots, although he was good enough to play on the high school team when still in grade school. On March 28, 1934, still working the fields, the nineteen-year-old Kinder married Hazel McCabe. Soon afterward, he began driving a tractor for a road contractor. By 1937, Kinder’s parents had both died, and he was responsible for a wife, a daughter, and three siblings.

Despite its limited nature, his sandlot play caught the attention of scouts, and in 1937 he was offered a spot on the Class D Jackson, Tennessee, team. He turned it down, as he could not afford to leave his full-time job. He similarly rebuffed another offer in 1938, although he did put in one appearance with the Jackson team during his summer vacation. Finally, in 1939, after his boss said he would hold the job for him if he did join a team for the summer, Kinder gave baseball a full try.

Reporting to Jackson for full-season duty, Kinder put up a 17–12 record with a 3.59 ERA over 223 innings. Despite his stellar performance, his age made him an unlikely prospect, so he remained in the low minors for the 1940 season, when he won twenty-one games while losing only nine. He also posted a 2.38 ERA and a league record of 307 strikeouts. That effort was enough to get the attention of the New York Yankees, who purchased his option from Jackson for $5,000 and assigned him to Birmingham of the Southern Association for the 1941 season. After mediocre performances for Birmingham and Jackson in 1941—and Jackson, Mississippi, and Memphis in 1942—he put his baseball dreams aside and retired from the game, returning to Jackson, Tennessee, and a good-paying job as a pipe-fitter for the Illinois Central Railroad, sitting out the 1943 season.

Memphis manager Doc Prothro offered Kinder a contract to return to his club in 1944, but Kinder refused until Prothro increased his offer. Kinder won nineteen games while losing only six, and he posted a 2.80 ERA while leading Memphis to the seventh game of the playoff finals, where they lost to intrastate rival Nashville. Kinder missed the 1945 season, instead doing a stint in the Navy, but he was discharged in March in time for the 1946 season. That year, as a thirty-one-year-old rookie, he finally reached the major leagues, debuting with the St. Louis Browns and appearing in thirty-three games, compiling a record of 3–3 with a 3.32 ERA. In 1947, he started twenty-six games, posting an 8–15 record in just under 200 innings.

In November 1947, he was traded by the Browns to the Red Sox as part of a five-player deal. With a fresh start, in 1948 he worked his way into the Red Sox rotation, winning ten and losing seven in twenty-two starts. Then, in 1949, he had a breakthrough campaign, compiling a record of twenty-three wins and only six losses with an ERA of 3.36. In thirty starts, he had nineteen complete games as well as six shutouts and four saves. It was a landmark season for Kinder as he helped the Red Sox reach a play-off with the Yankees, only to lose the one-game contest. His impressive season was capped by selection by The Sporting News as the American League Pitcher of the Year.

After his superb 1949 season, Kinder entered 1950 with high hopes, but he was hampered by a series of injuries, including a broken rib suffered while shagging fly balls as well as a bad back that plagued him during the summer. While he generally bounced back fast, the Red Sox decided to use him in relief, and his 14–12 record was complemented by nine saves, and over half of his appearances came in relief. The following year saw a full-scale transition to the bullpen. He appeared in sixty-three games but only started two, and in addition to his 11–2 record, he had sixteen saves.

Injuries hampered him in 1952, when he worked as both a starter and a reliever. But in 1953, used mainly in relief, he shone. That season, Kinder made sixty-nine appearances, compiling a 10–6 record with an ERA of 1.85 with twenty-seven saves. In 1954 and 1955, he remained the Red Sox’s main reliever and earned fifteen and eighteen saves, respectively, but following the 1955 season, became expendable as the Red Sox looked to promote a group of young relievers. But the St. Louis Cardinals claimed him off waivers.

He got off to a good start with the Cardinals in 1956, but he soon struggled, and despite posting a 2–0 record and 3.51 ERA, he was sold to the Chicago White Sox on July 11. There, he pitched well, finishing with a 3–1 mark and a 2.73 ERA in twenty-nine appearances, all in relief. After a winter back in Jackson, he began his twelfth major league season with the White Sox, but it proved to be a short one, for he was released after pitching only a single inning, on May 17, 1957.

After his baseball career, Kinder returned to the life of physical labor that had characterized his non-baseball days, doing carpentry, roof repairs, and other home improvement work. His wife Hazel had divorced him in January 1951, and while he had quickly remarried, that union did not last. Following his release by the White Sox and his return to Jackson, he moved back in with Hazel. He reportedly struggled with alcoholism.

After suffering from poor health for a few years, in the fall of 1968, he underwent open-heart surgery in Memphis. He suffered a reversal before he was released from the hospital and died on October 16, 1968. He is buried in the Highland Memorial Gardens in Jackson, Tennessee. 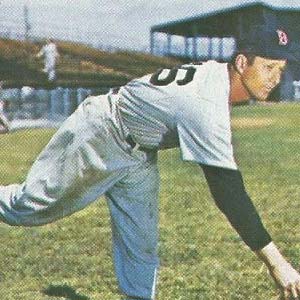