Basket making is the process of interlacing short flexible fibers to form a container using a process of coiling, knotting, plaiting, or weaving. Early inhabitants of Arkansas such as the Caddo and Quapaw made and used baskets. Basket making has continued in modern times in Arkansas but for different reasons. At first, baskets were made for agricultural purposes; they later became objects of beauty—a fine craft acknowledged throughout the country and created for contemplation and decoration for museums and homes.

Prehistoric baskets have been found in dry bluff shelters in the Ozark Mountains. Because traditional baskets are made of natural materials such as vines, grass, reeds, bark, or split wood, they are fragile and perishable and have not held up to the elements. The frail and transitory nature of baskets that were fabricated from indigenous materials gathered while people moved from one site to another has led to the notion that baskets were expendable, therefore of little value. Archaeologists found, however, that baskets’ structure and materials left important clues helpful in identifying cultures and periods of development. The complexity of structure and use of certain basket forms are enough evidence to help ethnologists and anthropologists identify and classify specific cultures and their development.

Presumably, early settlers to Arkansas brought the tradition of the split white oak basket to Arkansas. The tradition flourished in Europe, the New England states, and the Appalachian Mountains region of the United States where hardwoods such as hickory and oak were plentiful. The knowledge and utilization of handmade baskets lingered on in Arkansas and the Ozarks long after baskets were nearly rendered obsolete by the industrial world. Basketmaking was kept alive in Arkansas after the Civil War, as school curricula for African-American children included basket-making skills due to the belief that basket making was an essential skill needed for agricultural purposes and future employment. Baskets were considered essential tools for carrying goods from fields to the marketplace. Baskets were used in cotton fields until lighter woven sacks replaced them in the early twentieth century. New technology and the development of materials such as paper bags, cardboard boxes, and plastic products supplanted handmade baskets.

As the handmade basket was about to become obsolete and disappear forever, new forces revived it. Beginning with the Centennial Exhibition of 1876 in Philadelphia, the nation’s focus began to shift away from a reliance on European culture and objects toward American-made objects and culture. Americans began to assume a nationalistic pride, and early colonial American and Native American history was researched and reappraised. In the 1920s and 1930s, a strong sense of nostalgia prevailed—a longing for acquiring and preserving aspects of the American past. A reaction against the industrial revolution taking place in America and perhaps events of World War I caused values to begin to shift. The basket that once had an anonymous past was being recognized and prized not just on the farm but also in the home for both its utilitarian and ornamental qualities; it was becoming a decorative object.

In the 1950s, basketry was explored as an alternative to weaving. Ed Rossbach, a professor of textiles at the University of California, Berkeley, was called the father of the “new basket” movement, in which baskets need not serve a utilitarian function. The weaving and structure are used as a means to an end—making art. At the turn of the twenty-first century, contemporary basket makers organized and left the umbrella organization of the Handweavers Guild of America (HGA) to form their own National Basketry Organization (NBO); they held their first regional workshop at the Arkansas Arts Center (now the Arkansas Museum of Fine Arts) in Little Rock (Pulaski County) in 2002.

In Arkansas, the tradition of split white oak baskets predominates. Another tradition, coil long pine needle baskets, is also practiced. The Gibson family from Springdale (Washington County) and Leon Niehues from Huntsville (Madison County) are basket makers of distinction for different reasons. The Gibson family is celebrated for upholding the tradition of the hand-built split white oak basket without variation for over four generations, since the 1880s. Niehues earned a national reputation by building on the split white oak basket tradition by exploring new forms, structures, and techniques. In the area of crafts, basketry is a medium that has gained recognition and a greater degree of independence during what is called the American Craft Movement. 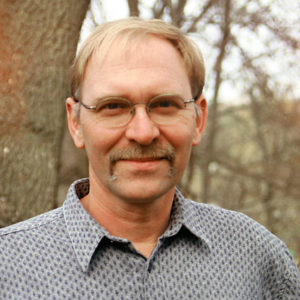