Ashley County is located in southeast Arkansas and is part of both the Mississippi Alluvial and West Gulf Coastal plains. Soil in the eastern Delta region of the county is conducive to the cultivation of the great cash crops of the state: cotton, rice, and soybeans. The western part of the county, being mainly upland forests, developed into the city of Crossett in the late nineteenth and early twentieth centuries, becoming home to one of the largest industrial enterprises in Arkansas: the Crossett Lumber Company, later to become Georgia-Pacific Corporation (GP). At its peak, GP owned some 800,000 acres in southeast Arkansas and northeast Louisiana, and Crossett billed itself as “The Forestry Capital of the South.”

Ashley County—formed out of Chicot, Drew, and Union counties—was established on November 30, 1848, as Arkansas’s fifty-third county and is the sixth-largest county in the state in terms of area. It was named for Chester Ashley, the third Arkansan elected to the U.S. Senate and a prominent figure in territorial and antebellum Arkansas. Its eastern boundary is Chicot County, while the Ouachita River lies to the west. To the north is Drew County, and to the south is north Louisiana’s Morehouse Parish. Ashley County is bisected by the Bayou Bartholomew. Important roads serving Ashley County today are U.S. Highway 425 from north to south and U.S. Highway 82 from east to west.

Pre-European Exploration
The area that is now Ashley County contained farming settlements dating back thousands of years. The mound at Lake Enterprise, near Wilmot, is possibly the oldest mound in Arkansas, belonging to the Archaic Period (9500—650 BC). The area continued to be inhabited by various tribes through the Mississippian Period (AD 900—1600).

By AD 1700, the area had no permanent villages. For a time, the area was under Quapaw control, but they lived further north in the Arkansas River Valley. In 1818, the Quapaw ceded what would be Ashley County to the United States government.

Louisiana Purchase through Early Statehood
When U.S. surveyor Nicholas Rightor entered the Arkansas Territory in 1826, he found settlers who had come to a land that they found to be abundantly fertile and in which game and fish were plentiful. The area abounded with timber, especially hardwood. As the hardwood was cleared for cultivation, pine took over.

On December 14, 1854, Hamburg was incorporated and designated the county seat of Ashley County. It is not known why the name Hamburg was chosen, but it is speculated that the town was named after Hamburg, Germany, because it had many German residents. The town became a merchant center for the prosperous planters operating in the fertile Delta region. Other thriving, agriculture-based communities in the county were Montrose, Parkdale, Portland, and Wilmot. Many other towns, such as the Berea community, formed along the county’s waterways, but the advent of railroads led to their demise. Fountain Hill, located in the upland forest area north of Hamburg, is one of the oldest communities in this county.

By 1855, many farms were producing cotton, corn, wheat, potatoes, and livestock. Timber was rafted down the Saline River to other settlements. Both rafting and timber were very profitable, though rafting stopped when railroads arrived.

The antebellum economy of the county relied heavily on enslaved labor and was the site of legal case Guy v. Daniel, filed in 1855. Abby Guy and her children lived as free whites and sued for their freedom after being placed in bondage by William Daniel. Guy ultimately prevailed after the case went to the Arkansas Supreme Court, winning her family’s freedom in January 1861.

The county was also the site of a rare antebellum lynching of slaves. Two enslaved men were lynched in 1857 for the murder of a white woman and an enslaved woman.

Civil War through Reconstruction
Ashley County experienced solid growth in the years leading up to the Civil War. From a population of 2,058 in 1850, the county had grown to 8,590 in 1860. Of that population, 3,761 were enslaved. The Civil War interrupted this growth, so that by 1870, the population had dropped to 8,042.

M. L. Hawkins represented the county in the Arkansas Secession Convention while owning thirty-five enslaved people. Residents of Ashley County served as members of the armies of the Confederacy in proportion to their numbers. Thirteen became Confederate navy captains, such as Robert J. Winters, who piloted a supply craft serving Confederate soldiers along the Saline and Ouachita rivers. Another 781 enlisted and were organized into companies of sixty-four to 116 men. Although there were no major battles in the county, there are accounts of several minor skirmishes, one of which occurred near the Saline River landing at Longview.

Congress’s 1867 passage of “An Act for the More Efficient Government of the Rebel States” divided the South into five districts and implemented martial law in 1868. Only by taking an oath of allegiance to the United States and ratifying the Fourteenth Amendment were Southern states exempt from this rule. But this development set off violence in Ashley County in opposition to congressional Reconstruction, and federal laws were broken to prevent African Americans from gaining equality.

When the Fourteenth Amendment was passed in 1868, Arkansas refused to ratify it, an action that was supported by Ashley County’s representative to the state legislature. Later that year, a state convention was called to formulate a new constitution. Ashley County’s two delegates, Colonel William S. Norman and a Mr. Moore, were not seated at the convention until it was in its sixteenth day because of questions concerning the validity of their election. At the conclusion of this convention, which resulted in a proposed constitution conforming to Reconstruction laws, Norman was one of sixteen delegates who demurred from signing the new document.

Martial law was declared in the county by Governor Powell Clayton the day after the 1868 election. Ashley County, along with another thirteen counties, fell under the order, which was issued due to the level of violence directed at freedmen and Unionists in those locations. Militia units marched across the state in an effort to put down the violence. A unit arrived in Hamburg, finding evidence of an attack on the courthouse. Arresting as many perpetrators as possible, the militia moved into Drew County to continue counterinsurgency efforts.

Post Reconstruction through the Gilded Age
The 1890s saw the beginning of what was to become one of Arkansas’s most important economic developments: the wood products industry. The western portion of the county was of the upland forest variety, and when three investors from Davenport, Iowa, including Edward Savage Crossett, acquired land to support a sawmill, they also made the decision to start a new town. Crossett was located about fifteen miles west of Hamburg. The town was settled in 1899 but was not incorporated until 1903.

Early Twentieth Century
After the Civil War, the county enjoyed prosperity until the Depression. In the early years, the railroads that had developed in the late 1890s helped support the economy but were later supplanted by the growth in highway transportation. The communities in the eastern part of the county were supported by farming, while Crossett continued its growth as a manufacturing center. Crossett’s population grew from 2,038 in 1910 to 4,891 in 1940.

Ashley County was within the flood zone of the Flood of 1927. The greatest effect of the flood was felt in the low-lying Delta region of the county, while the upland wood-product-manufacturing area experienced only minor disruption of activity.

Ashley County was home to an important federal experiment in the public health sector during this era. In 1916, a mosquito-eradication project was funded, which reduced the incidence of malaria by some eighty percent using a system of drainage and poisoning. This system became known as the “Crossett Project” and was used as an example in other parts of the country.

The local economy was impacted by a strike by lumber workers in 1940 when the local union called for a work stoppage after contract negotiations reached an impasse. The fifty-six-day strike was followed by a another strike in 1985.

The county was the site of multiple incidents of racial violence and lynchings from the late nineteenth century until the early twentieth century. Multiple extrajudicial killings took place in the county from 1877 to 1927, with most rooted in racial violence.

World War II through the Modern Era
The county’s population began to decline after World War II as agricultural workers were replaced by machines and other workers left for better paying jobs. GP bought the Crossett Lumber Company in 1962 and began distancing itself from the communities and small businesses it helped spawn, although it continues to be the county’s biggest employer. Other large employers are the Bemis Company in Crossett and the Barnes companies in Hamburg.

Forest products account for fifty-seven percent of the value of all shipments from the county and are responsible for twenty-six percent of the employment. Forest acreage and growing stock have declined in the past few years, especially in the bottomlands.

The timber industry brought a number of research enterprises to the county, including a twenty-year period of operation for the Yale Camp, a forestry management facility operated by Yale University. The Crossett Experimental Forest allows the U.S. Forest Service to conduct research on second-growth timber in the county. The Levi Wilcoxon Demonstration Forest is located south of Hamburg and contains an example of old-growth pine forests that once spanned southern Arkansas.

About 300 farms in the county produce cotton, rice, soybeans, wheat, and grain sorghum. Tomato, cucumber, and bell pepper producers contribute to the economy, as do a few cattle ranchers. A few rice farmers have turned their fields into catfish farms, though not on a large scale. Ashley County ranks forty-second in the state in farm income.

Several important developments in the field of wildlife preservation and management have benefited Ashley County. The Overflow National Wildlife Refuge east of Hamburg and the Cut-Off Creek Game Management Area are in the northeast section of the county. Crossett is the headquarters for the 69,000-acre Felsenthal National Forest and Wildlife Management project. This project came into being in the 1960s as an adjunct to the massive program to channelize the Ouachita River. 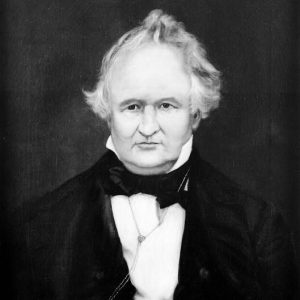