Amphitheater at Monte Ne. Built in the 1920s by William “Coin” Harvey, the amphitheater, shown here in the 1950s, was often used by attendees at Camp Joyzelle. Called “the Pyramids,” the amphitheater was used by Joyzelle campers as the site of the candlelight service on the evening prior to the girls’ departure from the camp. The structure now lies beneath Beaver Lake. 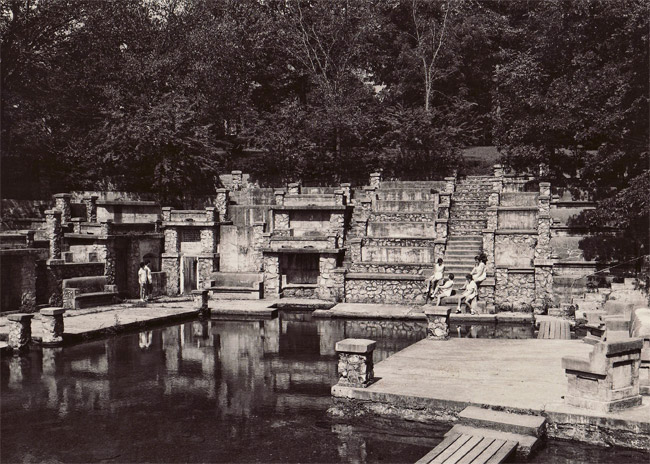