The Grand Army of the Republic, an influential national Federal veterans’ organization, was formed in 1866. By 1895, the Department of Arkansas, which formed in 1883, boasted more than 1,000 members. While the group served as a veterans’ lobby, the main purpose of the group was fraternal. Annual national reunions were held, with local gatherings held more often. Shown here is what is believed to be a gathering at Eureka Springs (Carroll County). 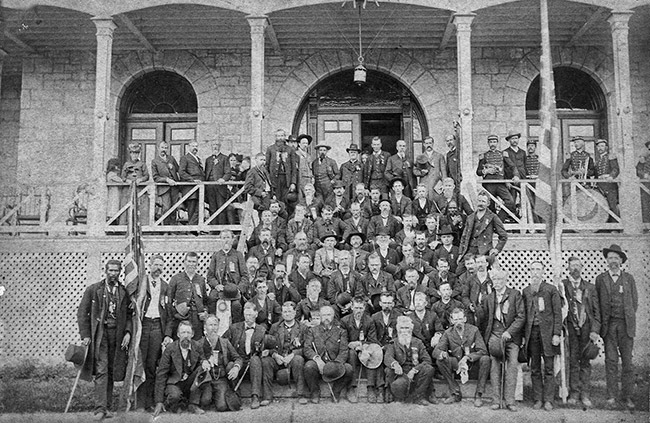