Elizabeth Eckford of the Little Rock Nine speaking at the dedication of a commemorative bench; September 4, 2018. The dedication ceremony took place on the sixty-first anniversary of the day when a young Eckford rushed down the same street to sit on the original city bus bench after being denied entry to Central High School and chased by a segregationist mob. 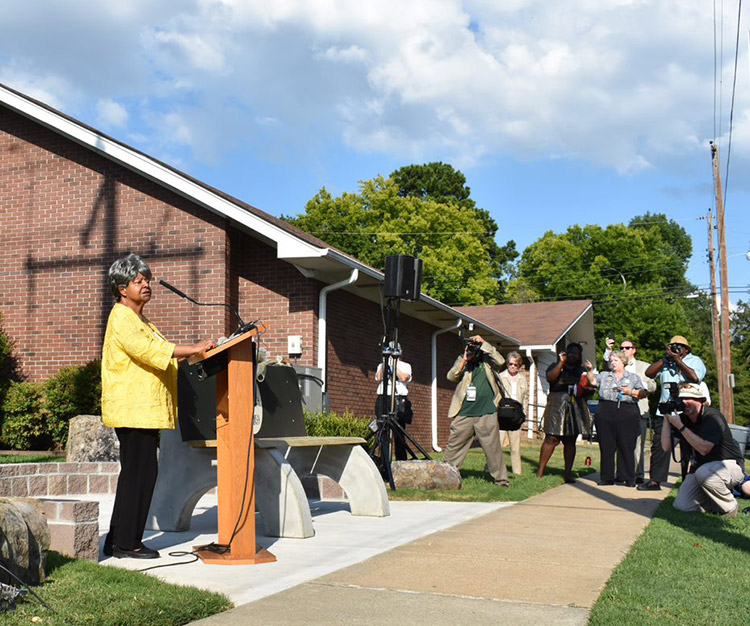