The lynching of Edward Coy in Texarkana (Miller County); February 20, 1892. Suspected of raping a white woman (though some accounts hold that they were in a consensual relationship), Coy was burned to death in front of a massive crowd. It was one of the first such “spectacle” lynchings in the state. 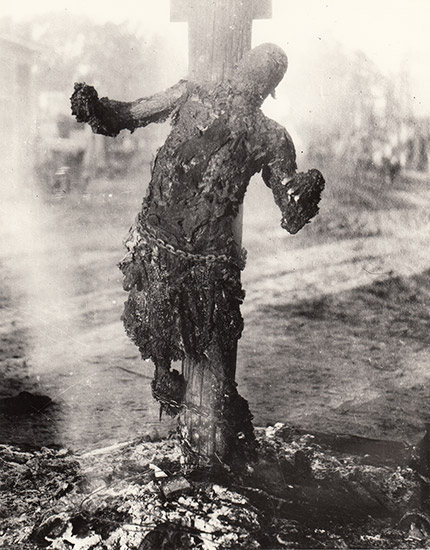