Colonel Robin Olds, an aerial ace in the Vietnam War, delivers the first RF-101 Voodoo aircraft to the Arkansas Air National Guard at the Little Rock Air Force Base (LRAFB); 1965. The RF-101 replaced the RB-57 aircraft. In his speech, Col. Olds touted what an “awesome airplane” the RF-101 was, though the aircraft he had just flown was sitting behind him spewing liquids from multiple leaks. Despite the humorous moment, the aircraft served the National Guard well at LRAFB for eleven years. 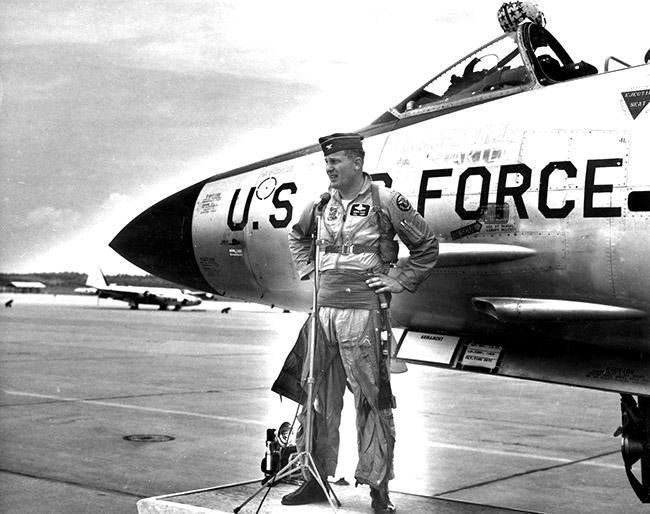