Solomon Louis Drake Jr. was born in Little Rock (Pulaski County) on October 23, 1930. He was the oldest of the three children of Solomon Drake and Jessie Reed Drake. He was raised in Little Rock, graduating in 1948 from Dunbar High School. During his high school years, he was a multi-sport athlete and a member of the National Honor Society. Almost immediately after graduation, he was signed by the minor league baseball team Elmwood Giants of the Mandak League in Canada. After three years with Elmwood, he was signed by the Chicago Cubs just before the 1951 season and was sent to their farm (feeder) club, the Topeka Owls, before his baseball career was interrupted by the Korean War in 1951. While serving in the army and before being shipped to Korea, he played for the U.S. Army team, the Fort Leonard Hill Toppers.

After his discharge in 1953, Drake enrolled at Little Rock’s Philander Smith College, where he graduated with a bachelor’s degree in psychology and physical education before returning to baseball in 1954, joining a minor league team, the Des Moines Bruins. Drake made his major league debut with the Cubs in 1956, appearing in sixty-five games. That same year, he returned to the minors, playing for the Portland Beavers, Montreal Royals, and the St. Paul Saints.

Following in the footsteps of many major leaguers, he played winter league ball in Cuba. In 1957, after helping to lead Tigres de Marianao to the league championship, he was named the Caribbean Series MVP. Drake continued to excel, leading the league in several categories in 1958. His success led to his return to the majors when he joined the Los Angeles Dodgers in 1959. However, he only appeared in nine games before he was traded to the Philadelphia Phillies later that year. He appeared in sixty-seven games with the Phillies.

His playing time decreased, and his last appearance in the majors was September 27, 1959. Drake played for Buffalo of the International League for all of 1960 and part of 1961, finishing the season with the Class A Portsmouth-Norfolk Tides. He retired at the end of the 1961 season.

After retiring from baseball, Drake returned to the Los Angeles area. In 1963, he became the first Black representative west of the Mississippi River for the Prudential Insurance Company. He received numerous awards and commendations before retiring from the company in 1983.

While working in the insurance field, Drake pursued a career in religious ministry, feeling a call to preach in 1968. He became an ordained minister in 1970 and became pastor of the Santa Barbara Baptist Church in 1975. In 1977, he earned an MA in pastoral theology. In 1982, he became the pastor of the Greater Ebenezer Missionary Baptist Church. After serving there for over thirty years, he retired, becoming pastor emeritus in 2016.

Drake was married for fifty-three years to Isabelle Frances Dunlap Drake; they had three children. He died on August 18, 2021. 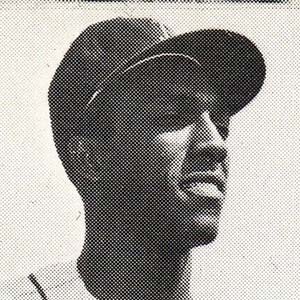