Joseph Floyd “Arky” Vaughan was a professional baseball player and one of six native Arkansans elected to the National Baseball Hall of Fame. Considered one of the best shortstops in baseball history, Vaughan was also one of the premier hitters in the 1930s.

Arky Vaughan was born on March 9, 1912, in Clifty (Madison County) to Robert Vaughan and Laura Denny Vaughan. He was one of six children. When he was an infant, the family moved to Fullerton, California, where his father became an oilfield worker. Vaughan never returned to Arkansas.

Throughout much of his life, Vaughan was linked to the state because of his nickname, given to him as a child because he talked with an Arkansas accent acquired from his family. Vaughan did not dislike the nickname, once remarking that he had been known as “Arky” for so long, he doubted people knew his given name.

In Fullerton, Vaughan was a noted high school athlete. Although colleges sought him for his football talent, he signed a baseball contract in 1931 with the minor league Aviators, the Wichita, Kansas, affiliate of the Pittsburgh Pirates. Vaughan batted .338 for Wichita in his only minor league season.

The young shortstop began an illustrious career in Pittsburgh, Pennsylvania, in 1932. He played for the Pirates through 1941. He played the 1942 and 1943 seasons for the Brooklyn Dodgers, retired for three years, and returned to the Dodgers to play the 1947 and 1948 seasons.

Though he was a good fielder with exceptional speed, Vaughan’s hitting ability elevated him to stardom. In each of his first ten years in the major leagues, his batting average exceeded .300, highlighted by his 1935 average of .385. As of 2020, it remains the highest batting average in the National League since 1930 for a non-strike-shortened season. Vaughan struck out only eighteen times in 1935.

Vaughan batted .364 in nine All-Star games, but his greatest All-Star performance was overshadowed. In the 1941 game, Vaughan had three hits, two home runs (the first player ever to hit two home runs in an All-Star game), and four runs batted in, but the headlines the next day told of Ted Williams’s home run in the bottom of the ninth inning that won the game for the American League.

Vaughan interrupted his playing career after the 1943 season, supposedly because he no longer wanted to play for Brooklyn manager Leo Durocher, although Vaughan said it was because he wanted to devote his time to his California farm in support of the war effort. After Durocher’s suspension from baseball for the 1947 season due to his relationships with organized-crime figures, Vaughan returned to Brooklyn in 1947 and batted .325.

Vaughan retired from the major leagues for good after the 1948 season, electing to play closer to home; he played one season for the San Francisco Seals, a Pacific Coast League team, in 1949.

Vaughan died on August 30, 1952, when a sudden storm capsized his fishing boat on a lake near his home. Vaughan tried to save his companion, who could not swim, and they both drowned; a witness said the boat was seventy-five yards from shore. Vaughan is buried in Eagleville, California. He was survived by his wife, Margaret, and four children.

Fellow Arkansan and Hall of Fame member Travis Jackson played against Vaughan and later described him as “a quiet and solid sort of guy. He never raised any fuss, he just played ball hard all the time.” Vaughan was elected to the Arkansas Sports Hall of Fame in 1980 and to the National Baseball Hall of Fame in Cooperstown, New York, in 1985. 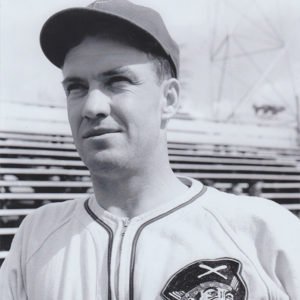