As states began to secede from the Union and form the Confederacy, the Native American tribal nations in Indian Territory (present-day Oklahoma) closely watched the growing conflict. In January 1861, Arkansas’s governor, Henry M. Rector, wrote Cherokee chief John Ross, asking the Cherokee Nation to support the Confederacy. Rector felt that if the Cherokee supported the Confederacy, then the rest of the tribal nations would follow. Ross replied to Rector that the Cherokee would remain neutral. All the Indian nations expressed desires to remain neutral, but soon they were forced to review their decisions and choose sides in the Civil War. Their decisions brought them to fighting on Arkansas soil, sometimes on different sides of the conflict.

Albert Pike was named commissioner to the Indian nations by the Confederate government and was sent to Indian Territory to negotiate treaties of alliance with the Indians. By late summer of 1861, Pike had made alliances with the Choctaw and Chickasaw, as well as some smaller tribes. The Seminole and Muscogee (Creek) were split in their views, and only part of those tribes signed with Pike. Stand Watie, who was Cherokee minority faction leader, started training troops from among the Cherokee for the Confederacy. Ross observed that the Federal government had removed all its troops from Indian Territory and Fort Smith (Sebastian County) by May 1861. He knew about the Federal defeat at the Battle of Wilson’s Creek in Missouri. With these facts in mind, he felt that the Cherokee Nation had no choice, and the Cherokee formally signed with the Confederacy on October 7, 1861.

Ross named John Drew to raise the First Cherokee Mounted Rifles and serve as colonel. The Second Cherokee Mounted Rifles were made up of Colonel Watie’s troops. At first, the Indian troops were only to be used inside of Indian Territory, but, by January 1862, Pike, who had been named brigadier general in charge of Confederate forces from Indian Territory, was ordered to bring troops to Arkansas. The first action seen by Indian Troops in Arkansas occurred when Pike led the two Cherokee regiments and some Texas troops at the Battle of Pea Ridge on March 7, 1862. Confederate Choctaw, Chickasaw, Muscogee (Creek), and Seminole troops had been organized by this time but arrived too late for the battle.

Union supporters from among the Indians in Indian Territory—including men, women, children, runaway slaves, freedmen, and warriors—began fleeing north to Kansas late in 1861. After the Battle of Pea Ridge, Drew’s Confederate Cherokee troops started deserting and fleeing to Kansas. Some of Drew’s Cherokee, who were members of a secret society called the “Pin Indians” (so called because of crossed pins they wore on their shirts), became guerrillas and operated against the Confederacy in northwest Arkansas and Indian Territory.

By the summer of 1862, Cherokee, Muscogee (Creek), and Seminole men who were refugees in Kansas were formed into Union troops designated as the First, Second, and Third Indian Home Guards. In these troops were also small numbers of Delaware, Kickapoo, Osage, Shawnee, Seneca, Quapaw, Choctaw, and Chickasaw. Runaway slaves, freedmen, and black Indians were allowed to volunteer for these troops. Later, the Union leaders were allowed to recruit black regiments, and the African-American soldiers from the Indian Home Guards were formed into separate regiments. Ross capitulated in July 1862 to the Union and was paroled and allowed to leave Indian Territory with the Cherokee archives.

The Indian Home Guard troops saw action in Arkansas by late 1862 when the Federal forces began to march into the state. From the fall of 1862 until the end of the war, the Union Indian troops were involved in smaller actions along the Indian Territory and Arkansas line. They participated in battles at Cane Hill, Prairie Grove, and Poison Spring and were stationed at Fort Smith following its takeover by Union troops in 1863.

Confederate Indian troops fought in the actions at Cane Hill and Poison Spring. Late in 1863, the Confederate Indian troops were organized into the First and Second Indian Cavalry Brigades. The First Brigade was composed of Cherokee, Osage, Muscogee (Creek), and Seminole units under the command of Watie. The Second Brigade was made up of Choctaw and Chickasaw units and one unit of Caddo. Most of the service of these units was outside Arkansas, but they kept up frequent operations along the Arkansas and Indian Territory line around Fort Smith and northwest Arkansas, disrupting transportation and communications of the federal troops. Watie rose to the rank of brigadier general, the only Confederate Indian to obtain that rank. He was very well known for leading daring raids and partisan ranger activities. He was the last Confederate general to surrender after the close of the war.

DeBlack, Tom. “The War within the War: The Cherokees and the Civil War in Arkansas.”Pope County Historical Association Quarterly46 (September 2012): 6–14. 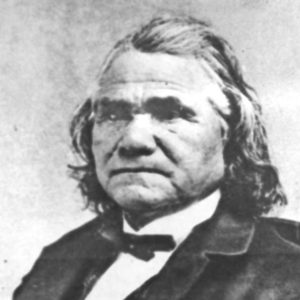