Frank Barbour Coffin was an African-American pharmacist who owned and operated one of the earliest drug stores serving the black community of Little Rock (Pulaski County). He was also one of the country’s unnoted African-American poets of the nineteenth and twentieth century, barely remembered today for his two volumes of poetry and other works printed in various publications.

F. B. Coffin was born on January 12, 1870, in Holly Springs, Mississippi, the son of Samuel and Josephine Barton Coffin. Holly Springs was a small town in northern Mississippi, about forty miles from Memphis, Tennessee. His mother died before he was twelve years old, leaving Coffin and at least four other siblings to be raised by their father, a farmer. Little else is known about his childhood years.

Coffin attended Rust College in his hometown of Holly Springs from 1886 to 1887. He earned a Ph.G. degree from Fisk University in Nashville, Tennessee, in 1890 and a pharmaceutical degree from Meharry Medical College in Nashville in 1893.

Coffin borrowed train fare to Little Rock and moved to Arkansas. His name first appears in the Little Rock City Directory in 1895. He obtained a license to practice pharmacy in Arkansas after passing the necessary exam and worked in the pharmacy business at George E. Jones Drug Company at 700 West 9th Street. On January 1, 1898, Coffin purchased the business and became the sole proprietor. Jones, whose wife had been a classmate of Coffin, sold him the building and loaned him $150 worth of drugs to get started. His business became known as Children’s Drug Store around 1928.

Coffin tutored children in the community with their homework assignments after school, at his store. His business was very popular with neighborhood children because of the soda fountain and candy, thus his motto, “Follow the Children to Children’s Drug Store.”

When Coffin bought the drug store, African Americans mostly populated West 9th Street with homes and businesses. Although not the first African American to open a drug store in Little Rock, Coffin was still considered a curiosity among his white neighbors from the surrounding area who occasionally drifted into the store to ask if he was the Negro who mixed medicine. They eventually began to trade with him. Coffin stated in an Arkansas State Press newspaper interview that “at that time practically all of Tenth [street] and back out that way was populated by whites.” He offered the conveniences of a well-supplied and well-operated store with a delivery service.

Almost a decade passed before Coffin had competition from other black-owned drug stores. The Foster Drug Store was established around 1908, followed by the Gem Pharmacy at 800 West 9th and Floyd Pharmacy located at 501 West 9th Street. Coffin advertised his business in the Arkansas State Press and in the conference programs of the Arkansas Medical, Dental and Pharmaceutical Association.

In 1902, Coffin married Josie Pettie, a teacher in Little Rock. There are no records of a divorce or her death. In 1913, he married Lottie E. Woodford of Lexington, Kentucky. The couple’s home was at 1118 Izard Street.

Coffin published his first book of poetry, Coffin’s Poems and Ajax’ Ordeals in 1897. His poetry reflected a fondness for children and his mother, as well as romantic love. He offered insight into the troubles of racism and wrote admiring verse about Harriet Beecher Stowe, Fredrick Douglass, and Abraham Lincoln.

Other pieces of his poetry were published in the Arkansas World, Arkansas Monitor, Pittsburg Courier and other publications. Coffin also wrote a two-page ode titled “Re-emancipation of Human Driftwood,” which was published in The Douglass Monitor (circa 1927). The Douglass Monitor was a publication of the Fredrick Douglass Club established in Little Rock on September 7, 1905. The club was formed as a separate Negro Republican club after segregation took root in the Republican Party. Haven Press of New York published another Coffin book, Factum Factorum, in 1947. In 1994, some of his poetry was published in a collection called The Spirit of the Free.

In 1949, two years before his death, he had moved into the Graysonia Hotel at 809 Gaines Street. He was a trustee of the Wesley Chapel Methodist Church and served as secretary for Philander Smith College. 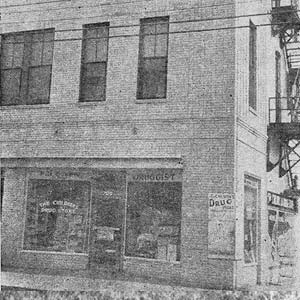 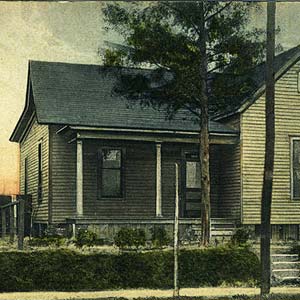