Although Arkansas joined the Confederacy in 1861, not all of its citizens were committed to the new nation. Support for the Federal government remained strong in the northwest corner of the state, and many Arkansans were eager to defend the Union. Although the Unionists were a minority in the state, Arkansas still furnished approximately 10,000 men for the Northern armies. Those men filled the ranks of ten infantry regiments or battalions, four cavalry regiments, and two artillery batteries. Of these, the First Arkansas Cavalry became the most famous Union regiment raised from the state. After being mustered into service at Springfield, Missouri, in July 1862, the regiment returned to Arkansas and operated as a counter-guerrilla force.

Roaming bands of Confederate sympathizers often harassed pro-Union families in Arkansas during the first months of the war. Most Unionists tried to keep their allegiance quiet and avoid Confederate service. After northwest Arkansas was temporarily secured following the Federal victory at the Battle of Pea Ridge, in Benton County, in March 1862, many citizens revealed their Union sentiment. The Union army, however, moved to Batesville (Independence County), leaving many families without protection. Facing even more danger at home, many of those families fled to Missouri to escape Confederate conscription and guerrillas.

The refugees gathered at Cassville, Missouri, in the spring of 1862, where the post quartermaster, Captain Marcus LaRue Harrison of the Thirty-sixth Illinois Infantry, cared for them. Harrison supported raising a regiment of loyal Arkansas men after hearing of their experiences. With the support of John S. Phelps, a U.S. representative from Missouri and newly appointed Military Governor of Arkansas, the First Arkansas Cavalry was mustered into Federal service at Springfield, Missouri, starting in July 1862, to serve for three years or the duration of the war. Harrison was promoted to colonel and took command of the new regiment. New York native and Wisconsin cavalryman Albert W. Bishop became the regiment’s lieutenant colonel. In 1863, Bishop published Loyalty on the Frontier, which provided a brief history of the regiment and profiles of noted Union men in southwest Missouri and northwest Arkansas.

Confederate forces under General William Cabell attacked the Union garrison at Fayetteville on April 18, 1863. Both the Union and Confederate forces were composed entirely of Arkansas regiments.  The heaviest fighting of the three-hour battle occurred around Harrison’s headquarters at the Tebbetts House, near the corner of College and Dickson streets. The Confederates retreated after a mounted charge down Dickson Street failed to break the Union line. This battle was the first time Union troops from Arkansas defended their state alone. The victory was a great boost for the Union cause in Arkansas, and even Cabell complimented the heroic stand of the Arkansas Federals.

After a brief evacuation, caused by equipment shortages and no available reinforcements, the First Arkansas returned to Fayetteville in September 1863 and garrisoned the town for the duration of the war. During this time, the regiment escorted wagon trains, conducted patrols, and skirmished with guerrillas on an almost daily basis. These activities took a tremendous toll on the regiment. Horses were especially vulnerable and were disabled at an alarming rate in the rough terrain of the Ozarks. In its first eighteen months of service, the First Arkansas received 2,600 horses. In July 1864, there were only 104 horses available for the 538 men present for duty. This chronic shortage of horses frequently forced the First Arkansas to conduct scouting and patrol duty on foot, a situation that placed the regiment at a considerable disadvantage when combating well-mounted guerrillas.

Despite these limitations, the First Arkansas was still an important Union counter-guerrilla force in northwest Arkansas. Much of its success can be attributed to the soldiers’ extensive knowledge of the countryside and motivation to settle old scores with Confederate sympathizers. Confederate irregulars, meanwhile, possessed an equally intense hatred for the “Mountain Feds,” whom they saw as traitors to their own state and harassers of Southern families.

The First Arkansas Union Cavalry was mustered out of the service at Fayetteville in August 1865. Of the 1,765 men who served in the regiment during the war, 110 were killed or mortally wounded. Accidents or disease claimed the lives of another 235.

Bishop, Albert W. Loyalty on the Frontier or Sketches of Union Men of the Southwest with Incidents and Adventures in Rebellion on the Border. Fayetteville: University of Arkansas Press, 2003.

My great-great-grandfather, Davison Holly, was a member of the 38th Arkansas Infantry, Company E (CS). My great-grandfather, John Holly, was a member of the 1st Regiment Arkansas Calvary, Company L (US). These companies met each other at the Battle of Prairie Grove in Arkansas on December 7, 1862. Davison was Johns father. John was the trumpeter for his company and survived the war, ending up in Randolph County, Illinois. Davison, it appears, did not survive, as we cannot find any information about him after the war. John died in 1926 in Rockwood, Illinois. He is buried in an almost inaccessible cemetery in Turkey Bluffs Wildlife Conservation Area in Rockwood. From NARA files dated 8-7-1891, Due U.S. three months pay and allowance per sentence G.C.M. Stop for one bugle and extra mouth piece retained $3.65. The date is stamped, so I suppose its accurate even though its twenty-six years since the war ended. Davison, along with John and the rest of his family, lived in Barry County, Missouri, according to the 1860 census. 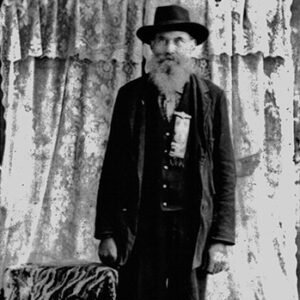