Evening Shade, located on U.S. Highway 167 in northern Arkansas, served as the seat of Sharp County for approximately ninety-five years. The once thriving community saw a slow decline in importance after the seat of government was removed in 1963. Today, it is best known as the setting for the 1990s sitcom Evening Shade.

Louisiana Purchase through Early Statehood
Until about 1850, the small settlement was known as Shanty. It is believed that the present name was derived from the afternoon shade provided by a small stand of tall pine trees overlooking the post office. At least for a short period of time, it was known as Hook Rum. Several versions of a local story say that, in about 1851, a group of locals took advantage of an intoxicated man. When the victim sobered, he is reported to have said that “they gave me rum, and hooked my money.” The town was still being referred to by this name as late as the Civil War.

William Thompson, a War of 1812 veteran, may have been the earliest settler in the area. He lived near Batesville (Independence County) before settling on land near the present town. By 1849, Samuel Cammack established the town’s first business in a tent near Plum Spring. With the establishment of a post office in 1847, the town began a slow growth around this water supply. In 1851, John Shaver built a store that he called “The Shanty,” thus giving the town its early name.

Civil War through the Gilded Age
By the outbreak of the Civil War in 1861, the town of about 100 citizens consisted of three stores and a saloon. During the war, many local men served in the Confederate forces, though some, including county namesake Ephraim Sharp, supported the Union. Union forces moved through the settlement in 1862, with one Union group breaking into stores and causing considerable damage. On October 7, 1863, Confederate forces were defeated in a skirmish near the town.

The town’s importance increased dramatically during Reconstruction. Prior to 1868, Evening Shade was located in Lawrence County. In 1868, state representative Ephraim Sharp, an early area settler, and his brother introduced legislation to create a new county from part of Lawrence County. On July 18, 1868, the new county, with Evening Shade as the county seat, was created and named in Sharp’s honor

For approximately twenty-six years, Evening Shade served as the lone county seat, with a courthouse being constructed in 1870. After it burned in 1879, space was rented. A new courthouse was constructed in 1895 at a cost of $5,000. The hanging of John Kemp for murder in 1879, which took place in Evening Shade, was the county’s only execution and was said to have drawn one of the town’s largest crowds.

By 1890, the population was approaching almost 300. The town’s business district had increased substantially, consisting of approximately twenty-five businesses including a drug store, two cotton gins, five sawmills, and a bookstore. Fraternal organizations included the Odd Fellows, Eastern Star, and Masons. With the development of nearby Hardy (Sharp County), there was a push to move the county seat. Instead, the county was divided into two districts in 1894, with Hardy as the northern district seat.

Early Twentieth Century through the Modern Era
The splitting of the county into two districts had no measurable negative effect on the growth of Evening Shade. The population slightly increased during the next decade. By 1905, a bridge had been constructed across the Strawberry River, better connecting the town to the rest of the county.

On December 28, 1906, the Sharp County Record published a story titled, “Negroes Leaving—Mysterious Threats Have Driven Almost Every Negro from Evening Shade.” According to the newspaper, one local African American, Joe Brooks, was fired upon by unknown parties, and notices were posted warning black residents to leave the county. Many local black citizens owned some land and property, carrying out subsistence farming in the area. Some refused to leave, and a second round of notices reiterated the previous warning. Evening Shade soon became a “sundown town,” a place where African Americans were forbidden to live, usually through the threat of violence.

In 1901, the first bank, under the supervision of John Medley, was opened. Though sold several times, it has always maintained the name Bank of Evening Shade. The town has been home to at least three newspapers: the Sharp County Herald started in 1872; the Sharp County Record began in 1877 and still continues; and the Sharp County Messenger started in 1932. The Great Depression seems to have had little negative effect on the town, with the population continuing to grow during the 1930s. In 1930, local women formed a group to provide canned food to help the less fortunate endure the hard times. Devastation hit the town on February 20, 1941, when many of the businesses were destroyed by fire. As a result, those that were rebuilt were constructed of local stone. Four years later, Main Street was paved.

Evening Shade and Hardy continued to serve as county seats until a consolidated seat of government was located at Ash Flat in 1963.

In 1990, Evening Shade drew national attention when the town was used as the setting of a sitcom starring Burt Reynolds. Many of the exterior shots were filmed in the town. Reynolds was the school’s graduation commencement speaker in 1991.

Education
In 1847, early settlers John Shaver and Eli Moser established the town’s first school when they provided a log cabin for educational use. The school opened in November with approximately twenty students. A few years later, town citizens collected money and materials and commissioned Edwin Smith to build a two-story frame schoolhouse just north of town. When the building burned in 1883, the school was reopened the next day in the Methodist church. A new school was built in about a year. By the 1920s, many rural schools were being consolidated. A new, larger school was built in 1930, but the main building was destroyed by fire on November 29, 1949. Classes were once again held in temporary quarters until damaged buildings were repaired and new ones built. In 2004, the Evening Shade School District was consolidated with Cave City (Sharp County). As of 2010, only a K–4 campus is located in the town.

Industry and Attractions
Much of the business decline began with the growth of the nearby towns of Cave City and Ash Flat. Though the residential population increased, the removal of the county government was a severe blow to the town, as was the consolidation of the school in 2004. In the 1980s, the Evening Shade Betterment Association initiated an annual event known as SummerFest, though it lasted only a few years. Today, most of the Main Street buildings remain, but the center of town commerce has moved a few hundred yards to U.S. Highway 167. The town has seven properties on the National Register of Historic Places. 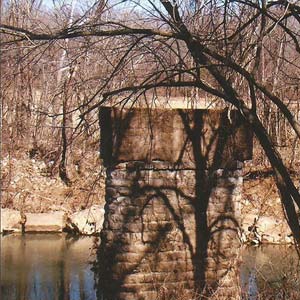