Located in Fordyce (Dallas County), the Elliott House is a Craftsman-style home in a quiet residential neighborhood. Constructed around 1925, it was added to the National Register of Historic Places on March 27, 1984.

Born in Arkansas in 1887, Joe Scales Elliott was the son of William and Missouri Elliott. William owned a dry goods store in Fordyce, and the couple had six children. Joe was the fourth child and the first son in the family. While his name appears in records as Joe, Joseph, and Joel, his name is listed on his gravestone as Joe. By 1910, Joe held employment as a bookkeeper in a general merchandise store, probably the one owned by his father. William died in 1913, and in the 1920 census, Joe was listed as owning a store, likely his father’s. Around 1917, he married Stella Hale, and the couple had a son named Joseph in 1920.

With the income from the store, Elliott constructed the home around 1925. According to the 1920 census, the family lived in a rented house on West Fourth Street. The new home is located nearby at 309 Pine Street.

The east-facing home is fronted by a wide porch with four columns supporting the front gable. The base of the columns and porch are constructed from red brick, while the tops of the tapered columns are wooden. The house rests on a brick foundation and is topped with a composition shingle roof. Entrance to the home is gained from a centrally located twelve-light door, flanked by eight-pane sidelights. The exterior of the home is covered in weatherboard. Three interior chimneys are present.

The home includes three parallel side gables, and a small front-facing gable tops the front porch. This design allows for a second story in the center of the home, while both the front and the back of the structure are a single story. Exterior details on the home include exposed rafter tails and knee braces. Numerous windows are present in the house, with the majority double-hung three over one. The interior of the home includes an open and informal floorplan.

The Craftsman details in the home include the exposed rafter tails and other structural details, as well as the wide porch. The tapered posts on the porch are more reminiscent of the Bungalow style.

The home is located in a mostly residential neighborhood and is fronted by a white picket fence. Access to the home is gained by a concrete walkway connecting the home to the public sidewalk. A garage is located southwest of the house and is connected to the home by a covered walkway.

By 1940, Joe Elliott no longer owned the store and was working as a traveling timekeeper for the government, appearing on the census in Jonesboro (Craighead County). He died in 1946 and is buried in Fordyce. Stella Elliott died in 1950.

The house is a well-preserved example of a Craftsman-style home in small-town Arkansas. It continues to be privately held and serve as a residence in the twenty-first century. 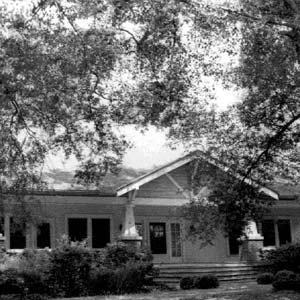 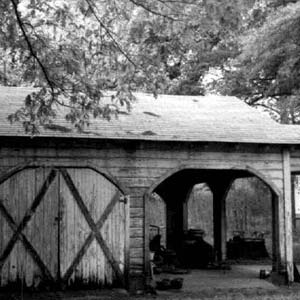 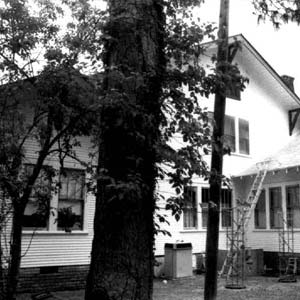 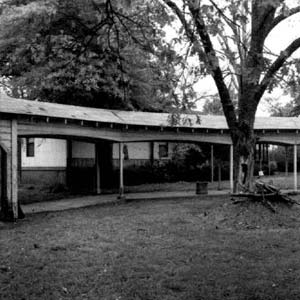