Charles Adams was born on August 16, 1817, to Benjamin and Susannah Adams in Boston, Massachusetts. He moved with his family to New Albany, Indiana, in 1819. Growing up in that city, Adams worked in a mercantile house before moving to Helena in 1835. He later became a cashier at the Real Estate Bank of Arkansas, a lawyer, a judge, and a planter. Adams married Lucy Everett in Helena, and the couple eventually had several children.

Adams served as a delegate during the secession convention in 1861, advocating for Arkansas to leave the Union. At the outset of war, he served as a quartermaster with the rank of major on the staff of Brigadier General Thomas Bradley of the Arkansas State Troops. In early 1862, Adams helped organize the Twenty-third Arkansas Infantry, and he was named colonel of the unit. He led the unit in Tennessee and Mississippi in the spring of 1862 before being transferred to Arkansas that summer. He organized a new unit mainly from conscripts, and it became known as Adams’s Arkansas Infantry Regiment after he was selected to serve as its colonel.

The regiment joined other Confederate forces moving into northwestern Arkansas under the command of Major General Thomas C. Hindman and participated in the Battle of Prairie Grove on December 7, 1862. During the engagement, Adams led his unit into a ravine while marching to the front, and several nearby officers were forced to help the colonel get his men into line. Adams’s regiment continued forward until it met Union forces near the Borden House. After an initial exchange of gunfire, the majority of Adams’s men dropped their weapons and fled.

Shortly after the battle, Adams’s Arkansas Infantry Regiment was disbanded, and Adams was left without a command. Hindman was transferred to the Confederate Army of Tennessee, and Adams accompanied him, serving as a staff officer. Serving first as assistant inspector general and later as chief of staff for Hindman’s division, Adams saw action at the Battles of Chickamauga and Missionary Ridge. Returning to Arkansas in December 1863, Adams found himself again without a command. Major General Sterling Price, commander of the Confederate Department of Arkansas, named Adams commander of the Northern Sub-District of Arkansas. Adams’s entire area of responsibility was behind Union lines, and the colonel operated as an “acting brigadier general” during this period.

Confederate troops operating in the area had a low opinion of Adams and claimed that he simply wanted to make money from cotton investments rather than attacking the enemy. Most notably, Brigadier General Joseph Shelby refused to follow Adams’s orders while operating in the sub-district and relegated Adams to performing civil tasks. Adams officially led the district until December 27, 1864, and it is unclear what role he served in until the end of the war.

After the war, Adams moved to Memphis, Tennessee, and entered into a law practice with Albert Pike. He died in that city of yellow fever on September 9, 1878, and is buried in Elmwood Cemetery. In 1880, Adams’s daughter Kate Adams Keller give birth to Helen Keller, who became a noted author and political activist. 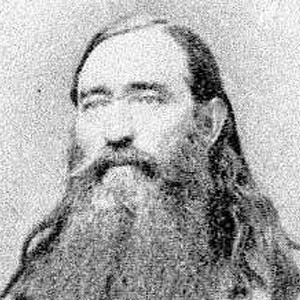