The Arkansas State League/Arkansas-Missouri League was a professional baseball, Class D minor league that operated from 1934 until 1940. The league was one of only three Depression-era leagues to exist in the state, the others being the Northeast Arkansas League and the Cotton States League.

The Arkansas State League began on May 8, 1934. It paralleled a rapid growth in professional baseball minor leagues around the country and was a by-product of the farm system created by St. Louis Cardinals vice president, Branch Rickey, wherein the Cardinals organization sponsored and managed teams and players in order to develop players for the St. Louis major league team. The league began play with teams in Fayetteville (Washington County), Siloam Springs (Benton County), Rogers (Benton County), and Bentonville (Benton County). The towns were selected by their size, financial viability, and local competitiveness. The teams were made up of players from everywhere, though mostly from Arkansas and Missouri, and usually played on local baseball fields.

In 1934, Rogers and Siloam Springs tied for the first split-season pennant, with Rogers claiming the title in a one game playoff victory. The purpose of the split season was to provide competition throughout the season (all teams started the second half of the season with a clean slate) and to enhance the year-end playoffs which pitted the winners of each half-season against each other. Bentonville led the second half-season when financial problems in Fayetteville and Siloam Springs caused an early end to the season. Bentonville was declared second-half champion and met Rogers for the league championship. Rogers won the best of seven title series, four games to three.

Monett, Missouri, joined the league in 1936, replacing Huntsville, which dropped out of the league due to poor attendance and lack of operating funds. With two Missouri teams in the league, officials voted on February 10, 1936, to rename it the Arkansas-Missouri League. In 1936, Cassville won the first-half pennant. The second half title went to Siloam Springs, which won the best of seven championship series four games to three over Cassville.

On September 6, 1936, Frances “Sonny” Dunlap, star local female athlete (who played basketball for the Tulsa Stenographers, a woman’s semi-professional team, and tried out for the U.S. Olympic team), played the entire game in right field for Fayetteville. The event is believed to be the first time a woman played in a men’s professional baseball game.

After the 1936 season, Cassville and Bentonville left the league due, as always, to poor attendance and lack of operating capital. To have six teams again, the league added franchises from Neosho, Missouri, and Vinita, Oklahoma. On May 5, 1937, the day before the season was to begin, the Vinita club dropped out because expected financial support fell through at the last minute, thus causing the league to operate with an uneven number of players (five), a very rare occurrence in sports associations.

The league fielded six teams again in 1938, adding a franchise in Carthage, Missouri. Before the 1938 season began, Judge Kennesaw Mountain Landis, the baseball commissioner, issued a ruling against Branch Rickey and the St. Louis Cardinals farm system. The ruling—which was intended to break up what Landis saw as a St. Louis regional monopoly on players, as well as a negative interference in local amateur and semi-professional baseball teams and leagues—directly affected the Arkansas-Missouri League. Judge Landis fined several Cardinals farm teams and declared free agents of some ninety-one ballplayers, including every player on the Monett, Missouri team.

The league survived the Landis ruling, and Neosho went on to win the full season pennant. In the best-three-of-five semifinal playoff series, Neosho swept Rogers three games to none, while Fayetteville lost to Carthage three games to two. Carthage then defeated Neosho in a best of seven series, four games to one, to win the 1938 league crown.

In 1939, the league shrank back to four teams. Siloam Springs and Rogers dropped out, leaving Fayetteville as the lone Arkansas team in the league. Fayetteville won both the first and second half-season pennants, each time over second-place Carthage. Despite rules to the contrary, league officials had Fayetteville defend its dual titles against Carthage. Carthage won the best of seven playoff series, four games to one.

Economic problems and the growing threat of another world war hovered over the league as it began the 1940 season. To balance the number of Missouri and Arkansas teams in the league, the Monett, Missouri, club was moved to Siloam Springs for 1940.

Carthage was leading the league when, on June 28, Fayetteville’s franchise failed due to poor attendance. On June 30, 1940, the last regular season games in league history were played.

An All-Star game was held on July 1 in Carthage, and with it, the 1940 season came to an official end. Talks were held about continuing the league in 1941, but the shortened 1940 season was the last for the Arkansas-Missouri League, one of the smallest leagues ever to have existed in professional baseball.

Lemke, Walter J. The Fayetteville Angels, or, Why Baseball Is Our National Pastime: Being a History of the Arkansas-Missouri League. Fayetteville, AR: 1952. 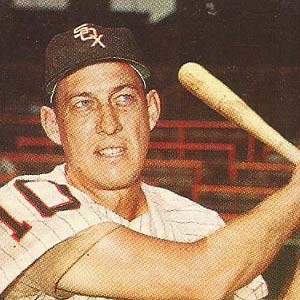