The former UA Little Rock Benton Campus was located in Benton (Saline County) at 410 River Street near the Benton Commercial Historic District. It began operations in 1994 as the Benton Center, and in 2016, its name was changed to reflect its status as a full branch of the University of Arkansas at Little Rock (once known as UALR, then UA Little Rock). By 2018, the UA Little Rock Benton Campus offered three four-year programs and three two-year programs in addition to several nursing prerequisites. Due in part to a substantial decrease in student enrollment, however, it was closed in June 2020.

UA Little Rock held night classes at Benton High School beginning in 1975. In 1991, Benton native and state senator Charlie Cole Chaffin met with a group of dedicated citizens to form the Saline County Educational Development Association (SCEDA). In October 1991, Chaffin and Richard Norton, administrator of the Benton Services Center, proposed using nine empty buildings on their campus to house residence halls and the school itself. The project would require a substantial investment to make it a reality, so the Saline County Housing Development Authority agreed to use funds received from the defeasance of 1970s-era bonds for the remodeling costs.

In 1992, then UA Little Rock chancellor Jim Young held an open house in Benton to promote the university. At the open house, which was attended by members of SCEDA, Chancellor Young announced there was interest in putting a branch in Benton. Around that time, the Benton School District completed construction of several new school buildings, leaving the old school on River Street available.

In March 1993, Chancellor Charles Hathaway met with members of SCEDA in Benton. Hathaway stated that the university could not afford to establish a branch there unless funds were raised in some other way. Senator Chaffin confirmed with the Benton School District that its former school on River Street would be available for use. Then a member of the Saline County Quorum Court, Doyle L. Webb II, passed an amendment to the original Housing Authority ordinance enabling it to use excess funds for educational development. The Benton School Board agreed to let SCEDA lease the River Street facility with the understanding that SCEDA would bring it into compliance with the federal Americans with Disabilities Act, passed in 1990. SCEDA, in turn, entered into an agreement with UA Little Rock to provide the building for classes and to develop an appropriate curriculum to offer there. SCEDA members Greg Brown and John Young of Union Bank in Benton agreed that if any class at the new center had fewer than twenty-five students and was in danger of being canceled, the Union Bank would reimburse UA Little Rock to make up for any “missing” students.

On January 5, 1994, the Benton Courier reported that an open house was scheduled at the former school at 410 River Street in Benton. Prior to completing the renovations, daytime classes were held in the Family Life Center of First Baptist Church in Benton. Night classes continued to be held at Benton High School during that time.

In 1995, while filming the movie Sling Blade, writer, director, and actor Billy Bob Thornton used parts of the campus, including the second- and third-story hallways and the director’s office, to double for the interior of the hospital where his character “Karl” was a patient.

In June 2012, the Benton School Board voted 4–2 to purchase the former First Security Bank building to house its new central offices. In 2013, the UA Board of Trustees voted to accept the property owned by the Benton School District as part of a real estate transaction with First Security Bank. The transaction was part of “growth planning” to meet enrollment demands and further expand the state’s only e-commerce degree program, offered exclusively at the Benton Center. The properties in question were sold on November 20, 2013.

In July 2014, the Benton Center made improvements to the main building and its grounds after a three-year fundraising campaign goal of $450,000 was reached by the new advisory board. In 2016, the Benton Center changed its name to the Benton Campus to reflect its status as a fully functional branch of UALR (which became known as UA Little Rock in 2017). When enrollment at UA Little Rock dropped from around 11,000 students in 2016 to roughly 9,000 in 2018, university administrators warned of cuts to make up for a reported $9 million budget shortfall for 2018.

In 2019, the decision was made by university leadership to close the Benton Campus, citing a decline in enrollment in general, coupled with a shift to online classes. On January 8, 2020, the Saline Courier reported that the Benton Campus Advisory Board had passed two resolutions that would be passed on to the UA Little Rock Board of Trustees. The first resolution requested that “all property and buildings associated with the Benton Campus be donated to the City of Benton for purposes deemed suitable by the city for the benefit of the entire community.” The second requested that “all funds raised locally, and now on deposit with the UALR Foundation be utilized to support higher education opportunities for Saline County students.”

Director Kim Jackson resigned on February 29, 2020. Like other schools across Arkansas, the Benton Campus ceased in-person operations in March 2020 due to the COVID-19 pandemic, with instruction moving online. The Benton Campus was officially closed for good in June 2020. It and C. W. Lewis Stadium are still owned by the University of Arkansas System. 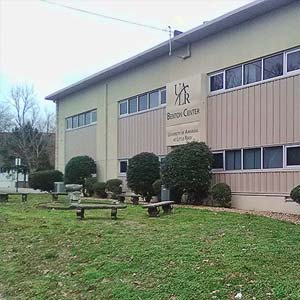