The National Center for Toxicological Research (NCTR) in Jefferson (Jefferson County) is thirty-five miles southeast of Little Rock (Pulaski County) and twenty miles north of Pine Bluff (Jefferson County). The site, consisting of 496 acres with numerous buildings and research laboratories, is under the control of the federal Food and Drug Administration (FDA), which was part of the Department of Health, Education, and Welfare (HEW) at the time the center formed. HEW became the Department of Health and Human Services (DHS) in 1980. The facility addresses the toxicity of various chemicals and pharmaceutical drugs, assesses the risks of microbial food contamination, and identifies microbiological pathogens that could be used for acts of terrorism. Including various contractors, research assistants, and scientists, NCTR has some 600 on-site workers, 239 of which are federal employees.

NCTR was once part of the U.S. Army’s Pine Bluff Arsenal. During the 1950s cold war era, the Army used the site (located in the northeast sector of the arsenal) for research into biological pathogens and the production of chemical warfare agents. In 1969, President Richard Nixon signed an executive order banning such research and production at federal facilities, in response to the world’s outrage at the use of Agent Orange during the Vietnam War. The Army subsequently transferred operation of the site to the FDA.

The FDA started a new research facility in Jefferson in January 1971 after a HEW commission recognized the scientific imperative of research into the effects of toxic chemicals upon humankind and the environment. With a new scientific mission and the influx of more federal funding, modern research labs were constructed at the site (some 1,000,000 square feet at an FDA cost estimate of $225 million). State-of-the-art technology has kept pace nationally at the research facility since the 1970s, with the value of the technology currently in place at the facility being an estimated $20 million. The twenty-four-hour facility now has more than 132 specific- and general-purpose ground and subterranean labs; some eighty-two primate research facilities with animal care and breeding labs; labs dedicated to pathological investigations and evaluation; four “high containment labs” that may handle level three or four biological agents; an extensive scientific and technical library; and an on-site hazardous waste disposal facility.

NCTR coordinates its research with other FDA facilities across the nation, cooperates with federal agencies under DHS, and shares its scientific findings with approved private industries and research universities in the United States. The National Science Board and the FDA/NCTR Science Policy Board oversee and monitor the research divisions’ quality and production of peer-reviewed studies. NCTR is divided into eight main research divisions, each with specific scientific goals in such fields such as biochemical toxicology, biometry and risk assessment (caloric intake studies), chemistry, genetic toxicology, microbiology, molecular epidemiology, neurotoxicology, nutritional toxicology, and reproductive and developmental toxicology.

Leading scientists from around the world have worked at NCTR, and their findings have had a significant impact upon the scientific community. Rigorously tested, replicated, peer-reviewed studies have contributed further knowledge to diverse scientific fields. The research has contributed to the complex field of deoxyribonucleic acid (DNA), including experimentation with microarrays (early genetic biomarkers that indicate potential toxicity), measurement of the effects of specific toxic compounds on the immune system, tests for various environmental contaminants, research into food and environmental carcinogens, investigation of the effects of various magnetic field studies, caloric intake studies, hormonal variation studies, and AIDS research.

For additional information:
Harris, Robert, and Jeremy Paxman. The Story of Chemical and Biological Warfare. New York: Hill and Wang, 1982. 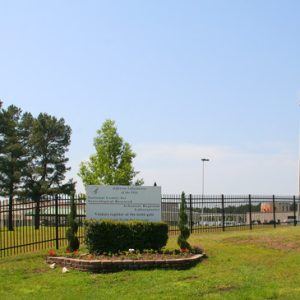