Traditionally, milk has been a staple in the diet of Arkansans, especially the young. Throughout history, dairy farming has been vital to the development of rural communities in Arkansas. Originally, dairy farms were located near population centers where milk was sold. However, since the late 1970s, most of the dairy farms have been located in the northwestern part of the state where rolling terrain was not well-suited for row crops.

In Arkansas during the 1800s, milk was produced primarily by home milk cows, and the milk was either used on the farm or was bartered or sold to neighbors. With the movement of the population from the farms to the cities after the Civil War, it became necessary to produce larger quantities of milk that could be sold to customers who did not have a milk cow.

In 1862, Eleithet Coleman became the first person to deliver milk in Little Rock (Pulaski County). His company, Evergreen Dairy, was later merged with other companies to become Coleman Dairy, presently the oldest existing dairy west of the Mississippi River. His son, Fred, was milking fifty cows and producing seventy-five gallons of milk per day for delivery in cans to people in the Little Rock area, primarily by ladling the milk at curbside. Similar businesses emerged throughout the state as more and more residents moved to the cities and purchased milk rather than having their own milk cow. For example, J. M. Moore delivered milk to customers in Little Rock from his dairy on Arch Street Pike. In 1915, Walter Carpenter Coleman and Gladys Coleman introduced bottles to the Little Rock area. The bottles allowed milk to be distributed to a wider area, and the number of dairy cows began to decline.

In 1924, there were 350,000 dairy cows in Arkansas, while there were 1.8 million people. These cows were primarily in rural areas, with one to two cows per farm, and were Jersey and crossbred cows. Excess milk not used on the farm was often sold as cream. There were twenty-five creameries and forty-four ice cream plants distributed throughout the state, with farmers either delivering directly to these plants or having the milk picked up in cans by “route” people. In 1932, Ray Yarnell bought Dairyland, and he, his wife, and son Albert turned it into Yarnell’s Ice Cream Company, which maintained operations in Searcy (White County) until 2011.

In the 1920s and 1930s, dairy production was emphasized by county agents with the University of Arkansas (UA) in Fayetteville (Washington County) as a means of economic development in rural communities, especially in the Ozark Mountains and near urban areas. Dairy cows on farms increased from 349,000 in 1930 to 482,000 in 1943, with milk per cow of 2,880 pounds a year. At that point, milk per cow began a steady increase as dairy cows’ numbers declined. As of 2009, milk cows exceed 13,000 pounds per year, with Holsteins composing almost ninety percent of the cows in the state. The increase in production per cow was due to improved genetics, management, and nutrition.

A major change affecting the dairy industry occurred in 1940 when Coleman Dairy installed modern pasteurization equipment, which allowed for storage of milk for an extended period of time. Consumers soon began to expect the increased safety of pasteurized milk, and many of the smaller processing facilities went out of business. The increased shelf-life for milk was necessary as a greater percentage of the state was urban and milk-processing plants were becoming larger. The consolidation of processing units was more rapid than the consolidation of dairy farms during this period of time. Advertisements promoting safety and the use of pasteurization to kill the disease organisms that caused tuberculosis and brucellosis further resulted in decreased use of milk on the farm, thus accelerating the decreased use of milk from home milk cows; this was paired with the increased development of commercial larger dairies to produce milk for the consolidated processors.

In the mid-1980s, a milk diversion program and whole herd buyout from the federal government resulted in a decrease in milk production and the number of dairy farms. In 1991, Arkansas Dairy Cooperative Association was formed to aid in marketing milk from the state.

However, in the mid-to-late 1990s, milk production in the state continued to decline as dairy farmers faced environmental challenges. Federal deregulation of the milk industry in 2000 decreased the relative price of milk in Arkansas and the southeastern states compared to major milk-producing areas in the Midwest. The decreased price of milk led to further declines in milk production and the number of dairy farms. By 2009, the number of dairy farms had declined to 140 from 852 in 1989; producers were producing less than twenty percent of the milk needed by processors and less than fifteen percent of the milk and milk products consumed in the state.

Arkansas milk processers grew in the late 1990s and early part of the twenty-first century as the population grew. By 2006, Coleman Dairy and the two Hiland fluid milk processors had been acquired by Prairie Farms. Another major processor as of 2011 is Kraft Foods in Bentonville (Benton County), which processes cheese. Also, there are three on-farm processers, including a state prison farm, plus one small ice cream processor.

As more milk was imported to meet the needs of processors, the cost to consumers rose, especially as fuel prices increased to previously unseen levels in 2007–08. To ensure a minimum supply of milk for the population of the state, the Arkansas legislature in 2007 established the Arkansas Milk Stabilization Board, composed of a consumer, a retailer, a processor, and two dairy farmers. In 2009, the Arkansas legislature funded a two-year program to provide incentives to state dairy farmers with a goal to stabilize or increase milk production within the state. The program established counter-cyclical payments to dairy farmers when prices are low, along with production and quality incentives for dairy producers. 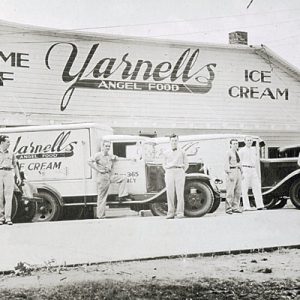