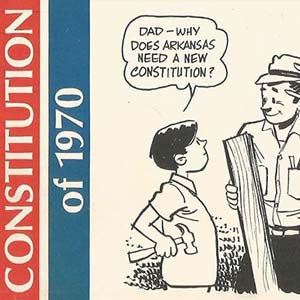 Annie Mable McDaniel Abrams is a retired educator and a political, social, civic, and community activist in Little Rock (Pulaski County). She was instrumental in campaigns to rename various Little Rock streets in honor of Daisy Bates and Mayor Charles Bussey. Most notably, she was a leader in the campaign resulting in the renaming of High Street in honor of Martin Luther King Jr. and in the institution of Little Rock’s first Martin Luther King Jr. Day parade. Annie McDaniel was born on September 25, 1931, in Arkadelphia (Clark County). She is the eldest of four children born to Queen Victoria Annie Katherine Reed. McDaniel’s father died when she was eighteen months old, and she was reared with the help …

Accomplices to the Crime

Accomplices to the Crime is penologist Thomas O. Murton’s 1969 nonfiction account of his efforts to reform the Arkansas prisons during the administration of Governor Winthrop Rockefeller. The book provides a graphic description of the brutality and corruption at Tucker Unit in Jefferson County, where Murton spent most of his time as a prison manager. The book also examines Murton’s brief but controversial tenure at Cummins Unit in Lincoln County. The book, written by Murton and Hollywood writer Joe Hyams, sold well and became the basis for the 1980 film Brubaker, starring Robert Redford. Some of the claims Murton made in the book, however, were later challenged. The book begins with the Murton arriving in Arkansas, where he was responsible … Act 1220 of 2003, which launched comprehensive efforts to curb childhood obesity in Arkansas, established one of the nation’s first statewide, school-focused initiatives to help children reach and maintain a healthy weight. Shaped largely by key legislators, including Senator Hershel Cleveland, with input from state and national public health experts, the act passed through the Arkansas General Assembly with strong support from the House and Senate under the administration of Governor Mike Huckabee. After passage, however, several components of the act faced vocal opposition. Opponents feared the largely unfunded mandates would strain educational and healthcare systems in addition to shaming overweight students. This vocal opposition prompted changes to the act in the years following its passage. Subsequent evaluation of Act …

Act 38 of 1971, which reorganized sixty state government agencies into thirteen cabinet-level departments, was the culmination of reform efforts that had begun during the administration of Governor Winthrop Rockefeller but were only achieved under Governor Dale Bumpers, who was widely credited with the successful passage of the measure. Bumpers described the act, which was designed to increase the economy and efficiency of state government, as the most vital part of his legislative program. As the first general reorganization of state government in the twentieth century, Act 38 was hailed for simplifying state operations and curbing graft. Prior to Act 38, the governor had little authority to dismiss uncooperative or corrupt agency heads, who served at the pleasure of their …

Act 710 of 2017 prohibits the state from contracting with, or investing in, companies that “boycott Israel.” The law was passed at a time when the BDS movement (boycott, divestment, sanctions) was gaining increasing success internationally, sparking a backlash, especially in the United States, a country with significant military and economic ties to the nation of Israel, as well as a large population of evangelical Christians who believe that American support for Israel is necessary for advancing the Second Coming of Christ. The BDS movement formally originated in 2005 as part of the Palestinian-led resistance to Israel’s occupation of Palestinian territory. The movement was inspired by similar actions taken internationally against the apartheid regime of South Africa and sought to …

aka: Transformation and Efficiencies Act of 2019

Act 910 of 2019 was a piece of signature legislation for Governor Asa Hutchinson, who sought to reduce the size of Arkansas state government and the number of agency heads reporting directly to the governor. In state government, an agency designated as a “department” is typically headed by a secretary who is appointed by the governor as part of the cabinet. Many of the changes brought about by Act 910 involved departments becoming “divisions,” such as the Arkansas Department of Environmental Quality (ADEQ) becoming the Division of Environmental Quality within the new Department of Energy and Environment. Hutchinson looked to Act 38 of 1971, the last large-scale reorganization of Arkansas state government, which consolidated sixty state government agencies into thirteen. …

The Arkansas Religious Freedom Restoration Act (SB975 of the 2015 regular legislative session) was passed overwhelmingly by both houses of the Arkansas General Assembly and signed into law as Act 975 by Governor Asa Hutchinson. It closely aligns Arkansas law with the federal Religious Freedom Restoration Act (RFRA) of 1993. Under the legislation, any governmental action in Arkansas that is a “substantial burden” to an individual’s free exercise of religion may only stand if it furthers a “compelling governmental interest” in the “least restrictive” manner possible. Like the federal RFRA, the Arkansas RFRA was meant to return to the “balancing test” established by the U.S. Supreme Court in Sherbert v. Verner (1963) but overturned in the 1990 Employment Division v. … The quarterly African American Perspectives Northeast Arkansas magazine was established in Jonesboro (Craighead County) in 2007 by Diversified Publishing Company, LLC. Founding members of the publishing group included Drs. Lonnie R. Williams, George Grant, and Glen Jones, who were administrators at Arkansas State University (ASU), and community leaders, Everett Fair and Emma Agnew. Agnew served as editor for the first five years until Williams assumed a co-editing role during the last two years of publication, 2011–2013. Four seasonal issues were published each year, and content consisted of feature articles from various contributing writers as well as advertising. Standing columns included an African-American business directory, church directory, and calendar of events. According to its vision statement, Perspectives was created to uplift … Tony Alamo was a well-known evangelist who, after a radical conversion to Christianity, founded what is now called Tony Alamo Christian Ministries with his wife, Susan, later establishing its headquarters in Dyer (Crawford County). Widely regarded as a cult, Tony Alamo Christian Ministries was at the center of a number of lawsuits and government actions, and its leader was jailed on a variety of charges, including income tax evasion, the theft of his late wife’s body, and taking underage girls across state lines for sex. Much of the information on Alamo’s early, pre-conversion life is spurious at best, on account of Alamo’s constant exaggerations of his importance and/or sinfulness. He was born Bernie Lazar Hoffman on September 20, 1934, in …

Albert Krantz v. City of Fort Smith was a 1998 decision by the Eighth Circuit Court of Appeals concerning the distribution and posting of flyers and leaflets. In a ruling informed by the First Amendment’s protection of freedom of expression, the Court of Appeals deemed unconstitutional town ordinances enacted by Alma (Crawford County), Dyer (Crawford County), Fort Smith (Sebastian County), and Van Buren (Crawford County) prohibiting the leafletting of vehicles parked in public spaces. The case originated with the arrests of Albert Krantz and other members of the Twentieth Century Holiness Tabernacle Church after they left religious leaflets under the windshield wipers of vehicles parked in public parking areas in Alma, Dyer, Fort Smith, and Van Buren in the early …