The Henderson House is a Queen Anne–style home with Craftsman and Neoclassical additions located in Arkadelphia (Clark County). Owned by Charles Christopher Henderson (for whom Henderson State University—HSU—was named), it was added to the National Register of Historic Places on August 24, 1998. Charles Christopher Henderson was born in Scott County on March 17, 1850. Moving with his family to Arkadelphia in 1869, Henderson worked in a number of businesses, most notably in banks, timber, and railroads. Marrying in San Antonio, Texas, in 1880, Henderson and his wife returned to Arkadelphia, where they began to purchase a number of successive houses and plots of land. On July 16, 1892, Henderson bought a plot at the corner of present-day 10th and …

The Captain Isaac N. Deadrick House was a two-story, Greek Revival–style residence constructed in 1850 in the Levesque community of Cross County. Before it collapsed around 2013, the Deadrick House was considered one of the oldest extant buildings in Cross County and the last physical building of the antebellum period in that area. The house and family cemetery were located several miles north of Wittsburg (Cross County), which was the closest population center at the time the house was built. Historians suspect that the house was constructed by slaves owned by John D. Maget (or Maggett) as a wedding present for Isaac N. Deadrick (sometimes spelled Deaderick) and Maget’s daughter, Virginia. Isaac Deadrick, his wife, and his father-in-law are buried …

Four libraries built in Arkansas between 1906 and 1915 using grants from philanthropist Andrew Carnegie carry the classification “Carnegie Libraries.” These four libraries were built in Eureka Springs (Carroll County), Fort Smith (Sebastian County), Little Rock (Pulaski County), and Morrilton (Conway County). Of these, two continue to operate as libraries (Eureka Springs and Morrilton), one has been dismantled (Little Rock), and one is being used for a new purpose (Fort Smith). It is not known how many Arkansas cities applied for grants from Andrew Carnegie, or how many requests were denied, although very few communities nationally were denied grants. One exception was Branch Normal College (now the University of Arkansas at Pine Bluff). Principal Isaac Fisher solicited library funds from …

The Carolina Methodist Church is located near Rosston (Nevada County). Constructed in 1871, the building and associated cemetery are the last remnants of the Carolina community. The church was added to the National Register of Historic Places on January 3, 1991. The first settlers to the area began arriving around 1855, when the land was part of Ouachita County. Some evidence suggests that the church congregation was founded the following year. The land where the church would be built was purchased by the board of trustees for twenty-five cents on January 15, 1870, from the John W. Shell and W. C. Hatley families. The church building was likely constructed by the following year, and the property records were transferred to …

Carpenter Dam is the second of three dams constructed along the Ouachita River in the vicinity of Hot Springs (Garland County), following Remmel Dam (completed in 1924) and preceding Blakely Mountain Dam (completed in the 1950s). The concrete gravity dam was built by Arkansas Power and Light (AP&L), which later became Entergy, for purposes of producing hydroelectric power. It impounds the 7,200-acre Lake Hamilton. Carpenter Dam was listed on the National Register of Historic Places on September 4, 1992, in recognition of its role in the growth and development of Hot Springs. Flavius Josephus (Flave) Carpenter, an associate of AP&L president Harvey Couch, selected the site for the construction of Carpenter Dam, ten miles upstream from Remmel Dam, and so …

The Carrollton Road was part of an east-west road that crossed northern Arkansas in the 1830s and is noteworthy as one of the few documented roads used by the John Benge Detachment of Cherokee during the Indian Removal of the late 1830s. A segment of the road survives today. The Cherokee Removal detachment led by Captain John Benge initially consisted of 1,079 people and seventy wagons, though others would join the group as it headed west. The detachment departed from Fort Payne, Alabama, in late September and early October 1838. It crossed into Tennessee and later crossed the Mississippi River at Iron Banks in Kentucky. Traveling west and southwest through Missouri on the Military Road, the detachment crossed into Arkansas …

The Case-Shiras-Dearmore House, located at 351 East 4th Street in Mountain Home (Baxter County), is a two-story wood-frame house in the Plain Traditional style, with a cut-stone outbuilding located to the rear (west side) of the house. The house is perhaps best known for its association with the noted Baxter County newspaper publisher Tom Shiras of the Baxter Bulletin. However, it was also the home of Dr. J. H. Case, the first dentist in Mountain Home. The Case-Shiras-Dearmore House was added to the National Register of Historic Places on February 3, 1992. The ell-shaped, intersecting gable roof plan of the main house features a historic gable roof addition at its northern end. The front (east) façade consists of a gable …

The catfish industry is the largest component of aquaculture in the United States and a significant industry in Arkansas. Arkansas is the birthplace of the commercial catfish industry, with at least two farms selling catfish in the late 1950s. Arkansas farmers began to replace buffalofish (Ictiobus spp.) with catfish (Ictalurus punctatus) in the 1960s. By 1966, Arkansas had 4,500 acres in catfish production and three processing plants. However, increases in the price of fishmeal (an ingredient used in making fish feeds), an economic recession, and the lack of year-round production technology resulted in an industry downturn in the mid-1970s. Multiple-batch production technologies developed in the 1980s allowed for year-round supplies to processing plants. Catfish are raised in ten- to twenty-acre earthen ponds. … Crayfishes belong to the Phylum Arthropoda, Subphylum Crustacea, Class Malacostraca, Order Decapoda, and Family Cambaridae. Crayfishes are a taxonomically diverse cosmopolitan group with more than 669 species worldwide. There appear to be two centers of geographic diversity, one in southeastern Australia (Southern Hemisphere center) and one in the southeastern United States (Northern Hemisphere center) in the southeastern Appalachian Mountains. Obligate cave-dwelling taxa in the United States occur in five main karst (limestone) geographic regions: (1) the Cumberland Plateau of the southern Appalachians of eastern Kentucky, eastern Tennessee, and northern Alabama; (2) the Interior Lowlands of southern Indiana, western Kentucky, and northwestern Tennessee; (3) the Greenbrier Valley of West Virginia; (4) the Ozark Plateau of southwestern Missouri, northern Arkansas, and eastern …

Caves and caverns are natural underground openings large enough for humans to enter. They are primarily formed by volcanic activity or the eroding effects of water and wind. The caves of Arkansas are of the latter variety, the result of the dissolution of limestone and other soluble rock throughout the state’s mountainous regions. Hence, the highest concentration of caves is in the northwest and north-central areas of the state. Arkansas boasts several caves of sufficient size to be of interest to tourists and spelunkers, and all of these can be described as “living caves”—caves in which water remains present, along with its continuing ability to alter cave structure. The caves of Arkansas display vast arrays of stalactites and stalagmites, underground …

Arkansas caviar, which is distributed nationally, consists of eggs from certain freshwater fish caught in the state’s rivers. The commercial fishermen who supply the product to wholesalers generally obtain the eggs from the Arkansas, Mississippi, White, Cache, and St. Francis rivers in eastern Arkansas from late November until early April. The eggs come from paddlefish (commonly referred to in the Arkansas Delta as spoonbill catfish), shovelnose sturgeon, and bowfin. Armenian brothers Melkoum and Mouchegh Petrossian often are credited with popularizing caviar in Paris, France, in the 1920s and spurring a worldwide interest in the product. Paddlefish eggs make up the majority of the Arkansas caviar that is harvested. Paddlefish can be distinguished by their large mouths and elongated snouts, called the rostrum. … 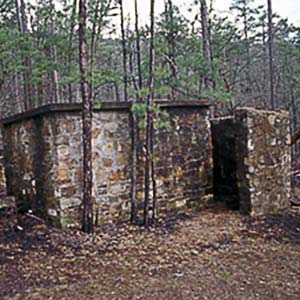 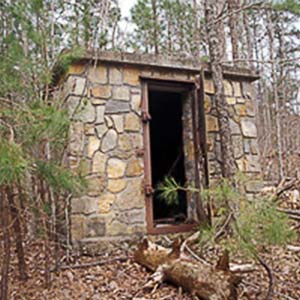 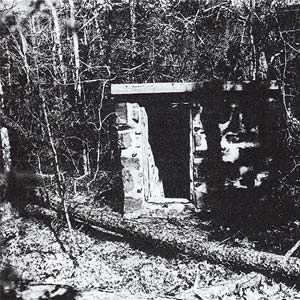