Stephens is an important city in the oil-producing region of southern Arkansas, home to four oil fields that are still producing in the twenty-first century. It is also noteworthy for a number of “firsts” in state and local history, such as having the first and only bank in the nation organized with a GI loan from the federal government.

Post Reconstruction through the Gilded Age
Stephens is laid out on one of the oldest tracts of settled land in Ouachita County. The original land grant was issued on February 19, 1846, through the Internal Grant Act of 1841 for 320 acres to Benjamin Bell. After Bell’s death, his heirs sold the land to M. J. Gentry, who, in 1882, sold 160 acres of the tract to Southwestern Improvement Association of St. Louis, Missouri, from which the Stephens town site was laid out. It was named in honor of Waldo Stephens, the surveyor for the Texas and St. Louis Railway Company in Missouri and Arkansas, which commonly came to be known as the Cotton Belt. Legend has it that Stephens was originally to be named Waldo, but an oversight by the map maker switched the names, giving the name Waldo to the present-day town fifteen miles south of Stephens in Columbia County.

After the town site had been laid out, railroad crews began grading the road bed, laying crossties and rails. This brought in a Mr. Lupo, who purchased a lot, cleared off the virgin timber, and built and opened the new town’s first saloon. He was soon followed by a Mrs. Dillard, who built and opened a boarding house to accommodate the railroad crews. These were the first houses built in Stephens, with the exception of the log house occupied by the Gentrys. In 1883, Marcus Lafayette “Shank” Edwards moved his mercantile and cotton business from Richland (Columbia County) four miles southeast to Stephens. Other merchants soon joined Edwards in the new town. On September 3, 1883, the Richland post office was moved and renamed Stephens, with its postmaser, James M. Smith, becoming the first postmaster for Stephens.

Stephens incorporated in 1889. Colonel Henry G. Bunn, who would later serve as chief justice of the Arkansas Supreme Court, was employed to obtain the charter. Major T. J. Edwards was elected mayor. In the years following, other businesses began to crop up, including a stave mill, a cotton gin, a bank, and a newspaper—the Stephens Monitor, edited by James L. Birch. In 1889, the first school building was built.

First Baptist Church was organized in 1877 as Pleasant Grove Baptist Church. First Methodist Church received its charter in 1884 with twelve charter members. St. James African Methodist Episcopal was established when five members moved from the Beech Hill community to set up the organization. St. Stephens Missionary Baptist was organized with nine members in 1891.

Stephens also has one of the oldest Masonic lodges in Arkansas. Woodlawn Lodge No. 15 (Free and Accepted Masons) was organized in 1847 in the old Woodlawn community northwest of Stephens. In 1888, the lodge purchased a lot in Stephens and built a two-story wooden building.

Early Twentieth Century
The Stephens Monitor changed its name to the Gazetteer and later to the Stephens Gazette. In 1895, Charles J. Parker began publishing the New Era, though it folded two years later. He established the Stephens News in 1902, publishing it for twenty-seven years. This paper was succeeded by the Beacon News-Herald, managed and edited by A. E. Carter.

The first bank in Stephens was the Bank of Stephens, organized in 1903 with Thomas P. Lester as president. Peoples Bank followed in 1913. Both failed during the Great Depression.

Church of Christ members constructed their wooden meeting house in 1911. Harmony Baptist began in 1912 as the Stephens Baptist Church. The original school was replaced in 1914 by a two-story brick structure, officially dedicated on July 4, with an enrollment of 254 students.

Stephens continued to grow and prosper, with agriculture, especially cotton, being its major support. On April 24, 1920, however, oil was discovered by Col. Samuel S. Hunter on land owned by Haltom & Lester, four miles northeast of Stephens. By July, Louisiana Oil and Refining Company had leased twenty-seven acres of land from Alva Allen to build terminal and tankage sites. In 1922, a group of independent operators drilled the first well west of Stephens, just over the line in Columbia County in what is today known as Smart Oil Field.

Telephone service came to Stephens in 1905. Stephens Fire Department was organized in 1936. Electricity and natural gas came to Stephens, most likely in the late 1920s. A waterworks system was established in 1936, and sewer was added in 1937–38 at a cost of approximately $48,000. Fire destroyed the city hall in 1941, and all records were lost.

World War II through the Modern Era
Security Bank, the first and only bank in the nation founded on credit by a GI business loan, was organized in 1946 as Stephens Security Bank by Floyd Bryan, a World War II veteran. After his $5,000 loan was approved in Washington DC, a policy was established to allow no more GI loans for bank establishments. The bank opened for business on April 1, 1946.

Stephens, like neighboring towns in Ouachita County and the nation, lost residents in combat during World War II. Locals endured rationing and planted victory gardens, and many worked at the Shumaker Naval Ordnance Depot northeast of Camden (Ouachita County) during the war years.

In 1949, Floyd Bryan established the weekly Stephens Star as a service of the Stephens Security Bank. He sold it to Walter Edward Hussman Sr., publisher of the Camden News, in the early 1950s. The newspaper continued to be published until November 1993.

The Stephens Chamber of Commerce was organized in 1967 with 100 charter members. The Stephens Cemetery Association was established in February 1977 to generate revenue to maintain perpetual care of Stephens Cemetery on the western end of town. Cable television arrived on September 1, 1981.

Today, while oil produced by independent producers contributes greatly to the economy of Stephens, the school system is Stephens’s major employer, followed by Stephens Paper Corporation and Security Bank.

Notable Figures and Attractions
Soprano Barbara Ann Hendricks was born in Stephens and author Dee Brown spent his childhood there. The Arkansas Highway 57 Bridge, now used for pedestrian traffic, is listed on the National Register of Historic Places. 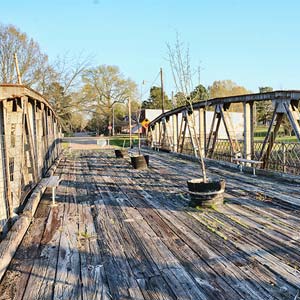 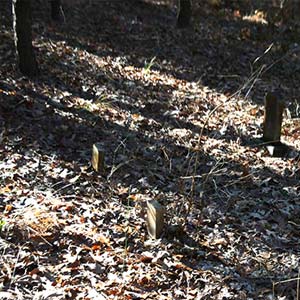