Alice French was a leading writer of local color stories and journalistic essays under the pseudonym Octave Thanet. Some of her best work is based on the years she spent at her winter home in Clover Bend (Lawrence County) in the Black River swamp country. French also published stories and essays in such national periodicals as the Atlantic Monthly, Harper’s, Scribner’s Magazine, and Century Magazine. She prided herself on the accurate depiction not only of the physical setting of her stories but also of the customs and dialect of the characters in them.

Alice French was born on March 19, 1850, in Andover, Massachusetts, to George Henry French and Frances Morton. The French family also included sons George, Morton, Nathaniel, and Robert. The Mortons and the Frenches were well connected to New England’s earliest and most prosperous forefathers. George French had a successful leather business in Boston. In 1856, he moved his family to Davenport, Iowa, where he manufactured agricultural implements. Concern for his health may have prompted this move to a somewhat easier climate; furthermore, Frances French’s brother-in-law, the Reverend Henry Washington Lee, had recently been named Episcopal bishop of Iowa and was enthusiastic in his assessment of the possibilities of this developing region. In 1866, French studied at Vassar College in Poughkeepsie, New York, and Abbot Academy in Andover; she completed her course in 1868 and returned to Davenport. She made good use of her uncle’s library in continuing her studies in sociology, philosophy, and literature.

Her first published work was a sentimental story, “Hugo’s Waiting,” printed in the Davenport Gazette in 1871. A few years later, she finished “Communists and Capitalists, A Sketch from Life,” inspired by a strike against the railroads. It was published in October 1878 in Lippincott’s Magazine, which paid her forty-two dollars, the first money she earned from writing. At that point, French took the pseudonym “Octave Thanet.” She later claimed that she chose “Octave” because it was gender-neutral, and that she had seen the word “Thanet” written on a freight car in the Davenport yards. She published stories and essays in such national periodicals as the Atlantic Monthly, Harper’s, Scribner’s Magazine, and Century Magazine. These were often republished in book-length collections. She also published several novels and a work about photography.

Early in her career, French published stories with philosophical or political themes, such as “Schopenhauer on Lake Pepin: A Study.” She also published nonfiction along similar lines, such as “The English Workingman and the Commercial Crises” in Lippincott’s in 1880 and “A Neglected Career for Unmarried Women” (she herself was unmarried) in Harper’s Bazaar in 1882.

She drew on travel experiences as well. For example, the “Schopenhauer” piece arose from a trip to the upper Mississippi Valley. Following a three-month coach tour of Great Britain with industrialist Andrew Carnegie, she published “A Day in an English Town” and “Through Great Britain in a Drag” in Lippincott’s.

French launched her career by exploiting the new interest in local color writing. The American popular magazine was coming into its own, and her location in the Midwest provided her with subject matter: the laborers and capitalists in the growing towns and cities of that region. Her scope for regionalism expanded after 1883, when French and her widowed friend Jane Allen Crawford set up a permanent winter home at Clover Bend Plantation in Lawrence County. They lived there for several months each year until 1909. “Thanford,” as she and Crawford called their house, was also the setting for their literary and social activities, entertaining the great and near-great with luxurious meals and fine wines in effective contrast with their wilderness surroundings.

French exercised other talents at Thanford; she had a woodworking shop, where she built shelves and simple furniture, and a darkroom, where she developed and printed photographs with chemicals she mixed herself, an experience she described and illustrated in An Adventure in Photography, published by Scribner’s in 1893.

The pieces French wrote as Octave Thanet are squarely set in the local color tradition. The reading public wanted romance and moral uplift with realistic details of speech, setting, and character types. Stories about Southern black people were popular. French collected lists of curious dialect phrases and pronunciation, folklore, and superstitions, and retold Lawrence County legends about conjurers, ghosts, and family feuds. Her evocative descriptions of the swamp vibrate with overtones of Romanticism. Her characterizations, however, are based on the ideas of class and race she held all her life. The planters she describes are intelligent, brave, shrewd, and successful; in general, her lower-class farmers and laborers are shiftless, sickly, and lacking foresight or ambition. She generally portrays African Americans as merely ridiculous. There are notable exceptions, like Dosier, the heroine of “Sist’ Chaney’s Black Silk,” which depicts the generous and compassionate love of a black bathhouse attendant in Hot Springs (Garland County) for her dying sister.

French did not accept the tenets of the dominant literary movements of realism or naturalism, with their more pessimistic or deterministic view of human nature and divine providence. Her New England background and her New West experience put her on the side of business and capitalism and those who succeeded in those areas—male, white, Protestant, Republican Americans. In holding these opinions, French was not very different from many other successful writers of her time. Moreover, the racism and xenophobia that underlie French’s black characters and her foreign-born labor agitators were unquestioned assumptions of most of her readers.

For present-day readers, her work is redeemed by her narrative skill and a wry sense of humor. In her Arkansas stories, the narrator is the superior outsider, reporting the shocking, amusing, or irritating ways of people who are clearly her—and her readers’—inferiors. In 1891, the Atlantic Monthly published two of her nonfiction pieces, “Plantation Life in Arkansas” and “Town Life in Arkansas,” in which she presented a generally positive picture of the state. In these pieces, she poses as a member of the group she describes: “We have the virtues of our vices in Arkansas.” French defends those aspects of Southern life that make good stories and says that life in Arkansas is “more attractive than anyone who does not live in the state will believe.”

Critics and editors acclaimed Octave Thanet. She was financially successful as a writer, though her investments in banks and railroads provided most of her income. In the 1890s, French published ten books. Between 1896 and 1900, fifty of her stories were published, and four different publishers collected five volumes for reprinting.

In 1909, French and Crawford gave up their house at Clover Bend. French traveled widely in the United States, speaking for the conservative causes she embraced, adding to them her opposition to woman suffrage. She regularly attended the reunions of the Daughters of the American Revolution in Washington.

Her point of view remained fixed in the era of her youth. After the first year of the twentieth century, she lost touch with literary and social developments in the United States. She developed diabetes, and complications from the disease caused the loss of one leg and most of her eyesight. She died on January 9, 1934, in Davenport and is buried in the Oakdale Memorial Park in that city.

A resurgent interest in American local color in the late twentieth century revived Thanet’s work. Some have read her stories as coded treatments of lesbian women. American feminist critics have found in some of her Arkansas stories a degree of sympathy for the conditions of poor Southern women, black and white. Several of these stories are considered by critics among her best, despite her class consciousness and the fact that her views on race were based on now-discredited pseudoscientific theories. The best of her Arkansas fiction demonstrates her skills: she could render the speech of common people; she had an eye for the colorful, arresting details of the southern landscape; and she presented a view of Arkansas that was popular with the American people. One of her reviewers wrote, “There is but one Arkansas, and Octave Thanet is its prophet.” 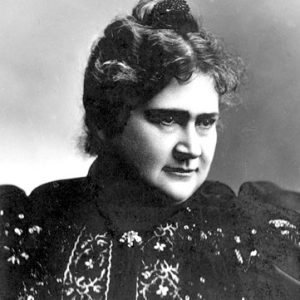