The Nodena Site in Mississippi County is an archaeological site representing Native American life in Arkansas during the centuries before European contact. The twelve-to-fifteen-acre pallisaded village was inhabited from approximately AD 1400 to 1650. The name Nodena comes from a later plantation that encompassed the area, while the names Upper Nodena and Middle Nodena represent separate archaeological sites, as well as separate sectors of the later Nodena plantation. The Upper Nodena Site, the larger of the two, is on the National Register of Historic Places and has been listed as a National Historic Landmark. A vast collection of Nodena materials are held at the University of Alabama Museum and its regional repository, the Arkansas Archeological Survey, as well as at Hampson Archeological Museum State Park in Wilson (Mississippi County).

Early surveys were recorded by Dr. James Kelly Hampson (1877–1956), a medical doctor and an amateur archaeologist who inherited the Nodena Plantation. Hampson began his earliest work at the site in 1897; however, only after he moved back to Nodena in 1927 were extensive excavations conducted. At Hampson’s request, these excavations were led by the University of Arkansas (UA) in Fayetteville (Washington County) and the Alabama Museum of Natural History in Tuscaloosa. UA staff included Samuel C. Dellinger, while the staff from Tuscaloosa included experts on the Moundville Site. The last formal work conducted at the Nodena site was from a graduate field school conducted in 1973 by UA just north of the main body of the village.

Archaeologists use the term “phase” to characterize a group of sites dating to the same era as a community of related villages. These villages are located within a specific region and produce similar kinds of artifacts. The Nodena Phase references a distinct time period of regional communities that controlled what archaeologists believe to be several smaller satellite or farmstead villages ranging from two to eight acres up to much larger sites like those of Nodena, which had ditches and partial moats. This corridor of Nodena Phase sites reached as far south as Memphis, Tennessee, and into the bootheel of Missouri to the north. It expands inland near Parkin (Cross County) to the west and across the Mississippi River into western Tennessee and Kentucky.

The Upper Nodena Site consists of one large flat-top mound approximately fifteen feet tall and 120 feet wide at the longest base. A smaller flat-topped mound to the west and a burial mound and/or enclosed burial area (as described by some scholars) to the south make up the three large mounds that were within the main body of the village. These three distinct mounds are surrounded by twelve to fifteen mounds that were very small by the time of the excavations. The mounds are believed to have been used for various purposes, including religious or ceremonial practices, the representation of a ruling class, and as storage huts and housing units.

The majority of the research that has been done was conducted at Upper Nodena, the location of the main village site. Excavations and surveys at Upper and Middle Nodena later became reference points for the archaeological investigations that provided an extensive collection of ceramic vessels. Local back-swamp clays combined with mussel shell were used in the elaborate pottery vessels that the Late Mississippian culture has become commonly known for—including the Nodena Red and White. The site was clearly part of an extensive trade network. Stone for tools and weapons was imported from the north, while shells were brought up from the Gulf of Mexico. Archaeological specimens found include common bowls, bottles, jars, the Nodena Red and White ceramics, the Nodena point, an array of human and animal effigy vessels, and a large collection of stone tools.

The people at Nodena were master artisans, and their culture is well represented in the ceramic and stone artifacts left behind. Some scholars believe that the elaborate ceramic vessels, including the effigy vessels, probably were not for everyday use but were used in rituals, ceremonies, and burial for the dead.

Archaeologists believe that as many as 1,600 people thrived at the Nodena Site with the apex of the culture lasting for approximately 100 years, or from AD 1450 to 1550. Ruled by a simple chiefdom system, the Nodena people cultivated corn, beans, and squash and also engaged in hunting and fishing. Cane was most commonly used for building materials and fishing traps, with grass thatch being used for roofs. Hardwood was used for canoes, various tools, and weapons.

Approximately 800 skeletal remains have also been investigated at the site. A copy of Hampson’s hand-drawn map of the Upper Nodena Site depicting where skeletal remains were discovered is on display at Hampson Archeological Museum State Park. Pathological studies and dental analysis reveal that the people at Nodena were in generally good health and ranged from children to adults sixty and older. These analyses also showed that the people at Nodena were able to deal with injuries somewhat effectively.

A description of this natural and cultural environment can also be found within the historical record left behind by the Hernando de Soto expedition, which came into Arkansas in 1541. These journals depict two large village sites that are referred to by de Soto as the Casqui (where de Soto and his men had an encampment) and Pacaha. Many archaeologists think that de Soto was describing the present-day Parkin Site in Cross County as the Casqui site. The site to the northeast of Casqui is believed to be that of the Pacaha or what is known as Upper Nodena. The two neighboring chiefdoms are separated by the two distinct archaeological phases, although the time periods overlap for the two sites. The Casqui and Pacaha villages were involved in periodic raids, including one by tribal members from Casqui who collaborated with de Soto and his men, reportedly killing up to 100 men from the Pacaha village.

Although archaeologists do not know exactly what happened to the people at Nodena, a number of factors may have contributed to the abandonment of the site by circa AD 1650: the loss of surrounding resources to sustain the population, warfare/raids, weather events such as seasonal flooding and/or extended droughts, and stressors leading to strife within the community. Remaining tribal members most likely disbanded and left the site to seek refuge elsewhere. The historical tribe that most likely descended from the early inhabitants at Nodena is the Quapaw tribe. By the early eighteenth century, the Quapaw had several village sites in the area and along the Arkansas River. 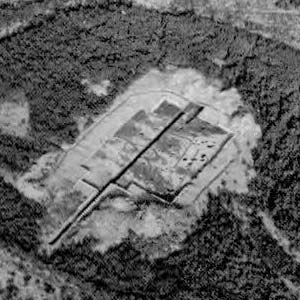 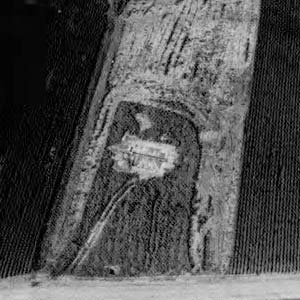 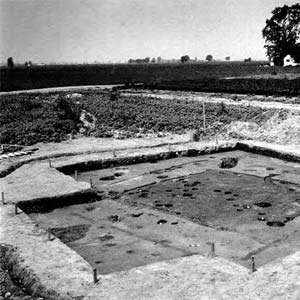