The measles virus, which is the pathogen that causes the measles disease, belongs to the Paramyxoviridae family of viruses in the Morbillivirus genus. It has worldwide distribution and, despite the availability of a vaccine, still causes about 100,000 deaths annually, mostly in developing countries. The virus has no animal reservoirs, with humans serving as the only host. It was not until 1757 that Scottish physician Francis Home demonstrated that an infectious agent was responsible for measles when he transmitted the disease to so-called virgin individuals (i.e., those who never had measles) using blood taken from measles patients.

Compared to some other viral diseases, measles is a relatively recent disease and is thought to have emerged from an animal virus. The measles virus is closely related to rinderpest virus, a viral pathogen of cattle, and the measles virus likely evolved into a human pathogen in a setting where cattle and humans interacted closely on a daily basis. The first description of measles as a disease different from smallpox is attributed to Persian physician Rhazes of Baghdad in the tenth century. Since measles can only be sustained in large populations containing sufficient numbers of susceptible people, it may very well have evolved in early densely populated centers of the Middle East.

Measles, also known as rubeola, is an acute, highly contagious viral disease characterized by eruption of a red flat rash that typically starts on the face before spreading to the neck, trunk, and limbs. Additional symptoms include fever, runny nose, cough, conjunctivitis, and the appearance of Koplik’s spots, which are small (1–3 mm) bluish-white spots that appear on the mucous membranes inside the mouth. Measles is typically a childhood disease spread by respiratory droplets (sneezing, coughing) over short distances or by direct contact with secretions from the mouth or nose. The first signs of disease appear 9–11 days after exposure. Appearance of the rash coincides with the body’s immune response and the beginning of virus clearance. The rash usually resolves in about a week. Recovery from the infection leads to lifelong immunity.

Approximately one-third of measles cases result in measles-related complications, which are mostly seen in children younger than five years of age and in adults over twenty years of age. Complications include diarrhea, infections of the middle ear, acute encephalitis, and pneumonia. Many of those affected need hospitalization. Death is a possibility and was reported in approximately 0.2 percent of the cases in the United States between 1985 and 1992, with pneumonia being the leading cause of death. Measles during pregnancy can result in increased risk of premature labor, spontaneous abortion, and low birth weight. Measles illness in immunocompromised individuals can be particularly severe with a prolonged course of disease and is seen almost exclusively in people with T-cell deficiencies such as those living with AIDS. In developing countries, measles is more severe in malnourished children, particularly those with a vitamin A deficiency. In such countries, complications include diarrhea, dehydration, stomatitis, inability to feed, and secondary bacterial infections of the skin and elsewhere. Measles is a leading cause of blindness in children in Africa.

In 1912, measles became a reportable disease in the United States, which meant that healthcare providers were required to report all diagnosed cases. In the first decade of tracking, there were almost 300,000 measles cases reported annually, with an average of 6,000 measles-related deaths reported each year. Prior to 1912, no state, including Arkansas, kept health records for measles cases, although the town council in Little Rock (Pulaski County) did establish the first city board of health in the Arkansas Territory in 1832. This set the framework for improved public health advancements, including control of contagious diseases, introduction of vaccine programs, and improved sanitation.

Large gatherings of people, such as in cities, enabled measles to spread easily from one susceptible person to another. Such was the case during the Civil War, when thousands of soldiers formed military units. Many soldiers came from rural areas and thus had never been exposed to measles before. When they congregated in cities or large camps, the results were disastrous, with epidemics occurring during the course of the war. For example, the Eighteenth (or Carroll’s) Arkansas Infantry Regiment, formed in DeValls Bluff (Prairie County), was composed of ten volunteer companies, all of which suffered outbreaks of measles with high morbidity and high mortality. This same scenario occurred throughout the war, with measles sickening tens of thousands of soldiers on both sides and killing many thousands.

Following the introduction of a measles vaccine in 1963, there was a decrease of measles cases by more than 95 percent. In the twenty-first century, the most common measles vaccine is part of a trivalent vaccine against measles, mumps, and rubella that is simply referred to as MMR. The vaccine is safe and effective. In addition, numerous studies have shown that the measles vaccine does not cause autism, which was incorrectly suggested by fraudulent studies.

With the success of the vaccine, along with the fact that measles is a human-only pathogen, the U.S. agency now known as the Centers for Disease Control and Prevention (CDC) set the goal of eliminating measles by October 1, 1982. While the original goal was not met, measles was declared eliminated from the United States in the year 2000 (“elimination” being defined as no continuous transmission for twelve months). Unfortunately, there have been cases and outbreaks in the U.S. since then, which shows the importance of continued high levels of vaccination, since measles still occurs in other parts of the world and could be brought into the United States by visitors or people returning to the country.

One such outbreak occurred in Arkansas at Harding College (which later became Harding University) in Searcy (White County) in 1981. This outbreak occurred when two students returned from Honduras, where they had contracted measles, likely from doing door-to-door visits in a country where measles was endemic at the time. Because they were on a campus with numerous chances to interact with other students, transmission to other students was inevitable. The Arkansas Department of Health was notified that two students had been hospitalized with possible measles, and further investigation identified four other students who had been hospitalized with similar symptoms. Physicians in the region were asked to report patients who had rash-like illnesses. Patients were asked about symptoms, contact with persons with a rash, travel outside of the country, measles vaccination status, and past measles disease. Parents of students were also notified to verify past vaccination and measles disease history. Five days after the initial reports, a vaccination clinic was set up on campus to vaccinate all students who lacked documentation of measles vaccination. In all, twenty cases of measles were identified, with dates ranging from August 17, 1981, to October 16, 1981. Because of very high participation by students in the vaccination program, the outbreak in measles on campus was halted.

A smaller outbreak occurred among the members of a drum and bugle corps in 1983. This was a case of an imported measles infection that was subsequently transmitted to other people. A person from England arrived in the United States and stayed with a host family until the drum and bugle corps left for a twenty-four-state tour. He presented with a rash just prior to touring. Two additional corps members came down with a rash-like illness, one of whom was from the host family. Two weeks later, two additional cases emerged while the corps was touring through Arkansas. In an attempt to prevent extensive transmission throughout the drum and bugle corps, states offered measles immunization at three performance sites: Arkadelphia (Clark County); Cleburne, Texas; and Whitewater, Wisconsin. Approximately 1,000 corps members received the measles vaccine. Twenty-eight states also set up surveillance for suspected measles cases at the sites of scheduled performances. It was fortunate that only four secondary cases of measles occurred in such a mobile group of young people who interacted closely for more than a month. This was likely due to preexisting high immunity levels among corps members.

In the twenty-first century, the United States began experiencing numerous cases and several outbreaks due to measles being brought into the country. By November 2019, there were 1,261 confirmed cases of measles in thirty-one states, which represents the largest number of cases in the United States since it was declared eliminated in the year 2000. The vast majority of those who got sick from measles were unvaccinated. None of these cases had occurred in Arkansas by 2019, although there have been measles cases reported in four states adjacent to Arkansas: Texas, Tennessee, Oklahoma, and Missouri. Because there appears to be no end of the national outbreak in sight, Arkansas health officials are concerned that measles will make its way across the border into Arkansas.

This concern by Arkansas health officials is exacerbated by the growing trend of people filing for and receiving exemptions for opting out of vaccinations. While Arkansas state law decrees that children must be vaccinated against such diseases as measles, mumps, and polio by a certain age before attending school, they can request exemptions with the Arkansas Department of Health due to medical, religious, or philosophical reasons. From 2014 to 2019, the number of exemptions increased by 25 percent from 6,397 to 8,016 and included many children in public and private schools. While some people or groups across the country are using social media to send conflicting and sometimes confusing information about measles, Arkansas lawmakers began trying to prevent spread of measles by having schools report their immunization rate, which will spotlight those schools that are under-immunized. Health officials seek to provide sufficient information to convince parents that vaccines are effective and safe for their children. 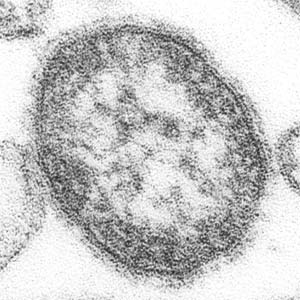