The American Red Cross has been active in Arkansas since the second decade of the twentieth century. As an organization operated principally through volunteer labor, the Red Cross has assisted citizens of Arkansas through floods, droughts, and fires, as well as training Arkansans in emergency response and in health and safety. Three chapters of the Arkansas Red Cross serve various regions in the state of Arkansas, meeting the needs of Arkansans and disbursing help from Arkansans to meet needs all over the world.

In its first years in Arkansas, the Red Cross helped raise supplies for the war effort. In Saline County, for example, a funding drive in June 1917 raised $17,816 for Red Cross work. In November of that year, a work room preparing clothing for soldiers was opened in Benton (Saline County). Pajamas, bed shirts, socks, handkerchiefs, and other items were shipped from this work room to Red Cross offices in St. Louis, Missouri, to be delivered overseas. Enthusiasm for the work of the Red Cross was so high in Saline County that, in May 1918, a citizen was publicly beaten for speaking against its efforts.

Participation in the Red Cross transcended racial barriers. African-American men in Arkansas donated money to the organization, and African-American women in cities such as Pine Bluff (Jefferson County), Little Rock (Pulaski County), and Camden (Ouachita County) gathered to sew garments and prepare bandages for soldiers under the auspices of the Red Cross.

Almost as soon as Arkansans became involved in the work of the American Red Cross, citizens of the state were receiving Red Cross help as well. School children in Leslie (Searcy County) were receiving meals served by the Red Cross in 1921. During the Flood of 1927, the Red Cross provided food and shelter at eighty camps in Arkansas—more than half of the 154 refugee camps it established in all the affected states; these camps sheltered more than 325,000 refugees during the inundation, as well as providing clean drinking water and food. After the flood ended, the Red Cross also assisted flood victims in returning to their homes and rebuilding. Ten years later, a similar flood devastated Arkansas and other states. The American Red Cross provided seventy-five camps in Arkansas, which served more than 17,000 families. The Red Cross spent more than a million dollars to provide food, shelter, nursing care, loans for rebuilding, and even seed packets to reestablish farms and family vegetable plots.

Between the two floods, the federal government requested that the Red Cross assist in providing relief during the Drought of 1930–31. President Herbert Hoover had overseen flood relief efforts in 1927 and had been impressed by the work of the Red Cross, but the depth of need during the Depression-era drought overwhelmed the resources of the organization. Senator Thaddeus Caraway perceived the tragic extent of the problem more clearly than most, saying that “no human being” could survive on the “amount of support given by the Red Cross.” Red Cross officials agreed, pointing out that they had a budget of $5 million and had discovered more than 250,000 people in desperate need. A civil disturbance in England (Lonoke County) the first week of January 1931, dubbed the England Food Riot, underlined the extent of the trouble, as between 300 and 500 farmers overwhelmed the Red Cross form distribution and ultimately were given produce from store shelves to prevent a more violent uprising.

During World War II, the American Red Cross again worked to assist those affected by the war, including soldiers and their families, and was a visible presence at the various military facilities in Arkansas. Also, as during World War I, the Red Cross gathered funds and supplies from Arkansans to assist soldiers and war victims in Europe and Asia. In 2005, the Red Cross in Arkansas helped to meet the needs of roughly 18,000 people from Louisiana and Texas who fled their homes because of Hurricanes Katrina and Rita.

Over the years, the Red Cross presence in Arkansas has involved many forms of service. In the case of a local tragedy, such as a house fire, the Red Cross supplies emergency shelter and supplies. The American Red Cross continues to be involved, through the International Red Cross, in raising funds and supplies in Arkansas and other states to provide needed help around the world after earthquakes, floods, wars, and other disasters. The Red Cross is also known for collecting blood donations. Red Cross volunteers train others in first aid, cardio-pulmonary resuscitation (CPR), life-guarding, baby sitting, and other skills. The Red Cross also helps people locate relatives with whom they have lost contact due to natural disasters, wars, or internal conflicts anywhere in the world. They also assist with emergency communication between members of the United States armed forces and their families. 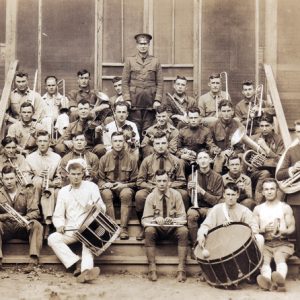